The Apple Card Doesn’t Fall Far From the Tree

Tips and Tools for Going Back to School

The Apple Card Doesn’t Fall Far From the Tree 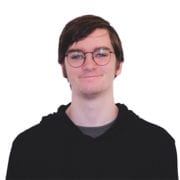 To say the personal finance scene has been shaken up in recent years would be a great understatement. We’ve got tech companies trying to be banks, the continued growth of digital payment, and online banks making a strong case for ditching traditional banks.

In a move to combine online banking and digital payment, Apple has stepped onto the scene with the Apple Card. Simply put, Apple wants to get into your wallet; or more specifically your wallet app, and encourage you to use Apple Pay everywhere you go. But does Apple provide a service that warrants replacing your traditional credit card? After about a week using the card, I’d have to say it depends on what type of person (and spender) you are.

Getting What You Pay For

When considering the target demographic for Apple Card, something needs to be stated up front: The Apple Card is an Apple service first, and a credit card second. In every way, Apple Card offers contrast to traditional banking – from the application process, to tech support, to even the physical card itself. Apple’s idiosyncratic design and philosophy are present in every manner possible, providing a premium-feeling-if-somewhat-unwieldy alternative to your traditional credit card.

A few examples to illustrate the point: The application process is done entirely in the Wallet app. In about five minutes, I was approved and ready to use my card. And as you might expect, Apple has gone the extra mile with its design. The user interface is impressive and unique; not only does Apple provide your entire banking experience in the Wallet app, it has creative ways of showing how you spend your money.

When you first open your line of credit, your digital card is a sleek white finish, but as you spend the card will change colors based on what you buy. After a week of use my card was a mix of sunburst orange and purple, reflecting my recent transaction history of retail and restaurants.

Subtle touches like these are Apple’s bread and butter, but seeing them applied to such a mundane thing like a credit card adds a layer of prestige that other credit cards don’t have. All things considered, this is a card for people who love Apple and the unique elements the company brings to its products and services.

Apple is known for its notoriously strict ecosystem of devices, and Apple Card stays true to the reputation. There are obvious examples: the entire banking experience in the Wallet app, the limitation to only Apple devices, and the 3% cash back rewards on Apple products and services.

This card is meant to incentivize two things: digital payment and the purchase of Apple goods & services. If you’re not on board with those, then the Apple card quite frankly has little to offer. If you’re on the flipside however, this may very well end up replacing your standard credit card. While the perks aren’t the greatest, their implementation is seamless. Anecdotally, I have found myself opting for Apple Pay any chance I get, and this ease of use and access has really changed the way I am paying since getting my card.

The no-frills banking provided by Apple card makes the card feel a lot more transparent than other cards. For example, when it comes time to pay off your balance, the app will tell you exactly what you need to pay to avoid interest charges, and if you aren’t able to make a full payment it will display the amount of interest you will pay. And tech support is quite literally just a message away. This direct line feels like the most revolutionary thing this card does, allowing card holders to dispute charges, opt out of arbitration clauses, and catch up on payment history via text messages.

Another thing that makes Apple Card so appealing is just how easy it is to use: two clicks of a button and I’m ready to pay. All of these small quality of life features add up to a card I enjoy using, and look forward to paying off, something I can’t say about other credit cards.

Digital payment is clearly the strong suit of Apple Card, which is made obvious by the care and focus of the mobile experience, but it comes at an ironic cost: actually using the physical card. This titanium-coated card embodies the ethos of an Apple product first, and a credit card second. Not only does using the physical card give you the least amount of cash back (1%), it is also seemingly more a piece of collectors’ memorabilia than a card for everyday use. Take note of Apple’s own instructions on storing the card:

In pure Apple form, a focus on the aesthetics resulted in a credit card for which your wallet is a functionally less reliable place of storage than your bookshelf. Sadly it’s not just cloth wallets either, with carbon fiber wallets also leaving smudges and blemishes all over the card. For a titanium card, it’s awfully delicate, leaving me to wonder if I should invest in a glass display case, since it seems that is the only reliable way to keep it clean. The whole thing brings to mind stories of new iPhones bending in pockets (which Apple reportedly knew about) or the Magic Mouse 2, with a charging port on the bottom of the mouse. At least there are already companies like dbrand introducing Apple Card Skins, ready to capitalize on a major flaw present in the physical card.

So What Does It All Mean?

The Apple Card has certainly changed the way I interact with digital payments. That said, Apple Card is made for Apple enthusiasts. The rewards just don’t have enough heft (as of now) to compel someone with more premium cash back card to switch.

If anything, the card stands to give people who are invested in Apple’s ecosystem more of a stake, and reward them for their dedication to that ecosystem. The prioritization of digital payment may also be too weak of a reason to sign up, appealing mostly to those who are engaged in digital payment already. So while the main benefactors of Apple Card are those who’ve already bet on Apple, the transparent, simple, and efficient way the card integrates into your everyday can’t be undersold. 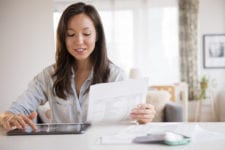 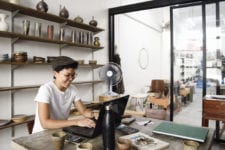 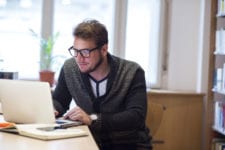 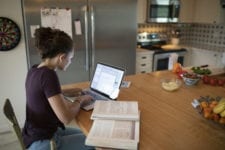