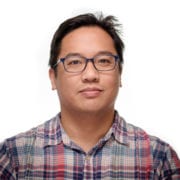 New content-streaming company Quibi (pronounced like “kwibby”) is here at CES 2020 to showcase why it thinks there’s room for even more players in the streaming industry. One key selling point: content created with mobile devices in mind. So while Netflix, NBCUniversal, Disney and others are mostly focused on delivering traditional movies and TV shows, Quibi’s hoping that its mobile-only approach while allow it to carve its own niche. We followed along via livestream to see how Quibi made its case.

Longtime movie producer and Quibi founder Jeffrey Katzenberg started things off by discussing major evolutions in entertainment, including the first silent films, adding sound and color, and the dawn to episodic television shows.

“Every evolution has been driven by the relationship between creativity and technology,” Katzenberg said.

To that end, Quibi aims to tailor its original content to the ways consumers watch video on their phones — taking into account not just the lengths of time people spend watching, but also how they’re holding their devices.

Instead of two-hour movies or 30-minute TV shows, Quibi (short for “Quick Bites”) will offer content in short chunks. Short films and episodic content, for example, will be shown in episodes lasting around six to 10 minutes each. News and weather content will be similarly digestible.

Katzenberg cited Dan Brown’s The Da Vinci Code, with its extremely short chapters, as an inspiration for how Quibi is portioning out its content.

But it’s not just time lengths where Quibi hopes to bring something new to the market. CEO Meg Whitman, who’s also led HP and eBay over the years, discussed how the company is leveraging the sensors and technology built into modern phones and letting content creators take advantage.

“What would it be like to watch a thriller that knows what time it is, or a scary story that knows if the lights are out?” Whitman posited.

Quibi also discussed its Turnstile feature, where content is presented in full-screen whether you’re holding the phone in landscape or portrait mode. Doing that properly, the company said, requires creating video with both viewing angles in mind, so all content on the platform is required to have two separate video edits: one for portrait and one for landscape.

The feature can also be used to provide different experiences depending on how you hold your phone. In one example from a thriller called Nest, a woman is seen at home dealing with an intruder. If you watch in landscape mode, the story plays out via traditional widescreen camera angles. But if you flip to portrait mode, say while the character is calling for help, you’ll see a view of her phone, emulating her struggling to make a video phone call to her father.

In all, Quibi said it will deliver 175 new original shows from well-known Hollywood talent. On a daily basis, Whitman said we can expect movies to deliver a new chapter each day. Episodic content, e.g., TV shows, will have five episodes per day. And Daily Essentials, such as news and weather, will include 25 clips daily. In total, Whitman said that totals around 3 hours of new daily content.

The platform launches on April 6 for $4.99 with ads and $7.99 without. So we’ll have to wait a bit to see if Quibi’s mobile-focused approach will take off with consumers, but the behind-the-scenes tech is fascinating and we’re looking forward to seeing how content creators leverage these new tools. 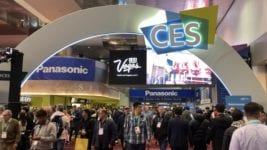 CES 2020: TV Makers Show Off Fancy Ways to Watch All That Streaming Content