Why it’s Important to Manage Your Credit Card Debt

Are Your Dog Treats Safe?

Why it’s Important to Manage Your Credit Card Debt

Nobody ever signs up for their first Visa or Mastercard with the goal of getting up to their eyeballs in credit card debt. But that certainly doesn’t change the fact that many Americans are swiping our plastic like crazy anyway, blissfully ignorant of the real consequences.

That’s a serious problem. Because unless consumers take a good look at the state of credit card debt in the U.S. — and more importantly, their own personal finances — they could wind up in big trouble. That can include paying thousands in extra interest in fees, failing to qualify for a car loan or mortgage … or worst of all, filing for outright bankruptcy.

But the good news is, a little knowledge goes a long way. Multiple studies, including those by Dartmouth and retirement firm TIAA-CREF, show those with greater financial literacy have more assets and less debt.

That means the first step to a better relationship with credit card debt is simply knowing the facts. And here they are:

The debt figures alone are a serious concern, but what’s even more alarming are the consequences that credit card bills are having on individual Americans.

That’s above the tangible results of too much credit card debt that can include falling behind on other bills, foreclosure or eviction, and even bankruptcy.

As Costs of Living Soar, So Do Our Debts

Clearly, America has a debt problem. But let’s do away with the oversimplification that all debts are avoidable, and that borrowing is wholly an activity of the weak-willed and the lazy.

Like so many financial products, debt is merely a tool. What you do with it makes all the difference.

“Median hourly wages rose just 0.2% annually between 1979 and 2013,” according to the Economic Policy Institute.

After all, the median household income is just under $56,000 a year. If you think debt is categorically evil then you’re basically saying only the rich deserve to own houses or go to college. For many middle-class Americans, a mortgage or a student loan can open a pathway to a better life – an option they may not have access to if they were forced to pay cash for everything along the way.

But here’s the thing: traditional pathways to a better life are getting increasingly expensive ventures. And that means what used to be modest borrowing in pursuit of upward mobility has exploded into a crushing debt load for many Americans.

Home prices have skyrocketed in the last few decades. According to the Census Bureau, the median home value in 2000 was $119,600 – up from $65,300 (adjusted for inflation) in 1970 and $30,600 in 1940. And even with a massive housing crash since the turn of a new century, home values have only marched higher; recent data shows the median home value in the U.S. right now is about $200,000 right now and popular metropolitan areas can be twice or even three times that amount.

The same is true for college costs. Four years of private college education will cost you over $130,000 and four years of in-state public school tuition will run you almost $39,000. That’s up a staggering amount from about $10,800 for a private school in 1971 (adjusted for inflation) and a meager $2,500 for in-state tuition.

And then there’s healthcare. The Centers for Medicare and Medicaid Services estimates that from 1960 through 2013, “health spending rose from $147 per person to $9,255 per person, an average annual increase of 8.1 percent.”

All this, while real wage growth has been non-existent. “Median hourly wages rose just 0.2 percent annually between 1979 and 2013,” according to the Economic Policy Institute. And according to data from the Census Bureau and Federal Reserve, the current median household income still remains below an inflation-adjusted peak of almost $58,000 back in 1999.

Everyone has their own reasons for being in credit card debt, of course. But it’s important to acknowledge that for some families, taking out a boatload of debt may be their only option to pay for expensive items that used to be quite affordable and accessible in family budgets of decades past.

While income has been stagnant.

Busting Debt With Discipline and Knowledge

It’s fair to say that the debtors of today are deeper over their heads than ever before. Research from the Fed shows that U.S. consumer debts excluding mortgages have soared to a total $3.64 trillion as of the first quarter of 2017 – significantly above the pre-recession peak of $2.71 trillion at the end 2008.

Considering the debt woes that caused the financial crisis and Great Depression, that’s quite an alarming fact.

So what do those buried in credit card debt do about it?

For starters, they get smarter.

For example, one study from the National Bureau of Economic Research estimates that one-third of fees and additional transaction charges stem simply from the borrower’s lack of financial literacy adding to to costs – things like failing to make the minimum payment on time, for instance, or not being aware of credit limits.

It is also widely understood that the typical American is terrible at saving. One 2016 study shows roughly half of consumers have less than $400 in the bank – but almost 7 in 10 report being “comfortable!” Come on people. If you don’t have enough to cover an emergency room visit or a blown transmission, that’s not a comfortable financial status. Building a rainy day fund may not be glamorous, but helps prevent debts from creeping up once the unexpected happens.

And perhaps the most fundamental problem of all is that most Americans don’t even know what they spend or what they earn. A 2013 Gallup poll found nearly one in three U.S. consumers don’t bother to track income or expenditures, so it’s no wonder that so many people wind up spending more than they earn.

Correcting these problems and making simple but meaningful changes to your personal finances can help prevent your debt from getting out of control, or help beat it back if you already carry a big balance.

Credit is a Tool – Learn to Use it Correctly

There’s actually nothing wrong with using a credit card. In fact, showing responsible use of a credit card is good for your financial well-being and make you an attractive borrower if and when you need a loan for a car or a house later in life.

But “responsible use” is the key phrase.

Here are nine easy tips to forming a healthy relationship with debt:

1. Make a family budget. Spending less than you earn is a basic but important step to all your financial goals. That starts with budgeting your money in and money out each month.

2. Build up emergency savings. It’s important to sock away at least three months of your salary to prepare for emergencies, lest you be forced to run up debt when the unexpected happens.]

3. Then save some more. Beyond rainy day funds, you should set aside money for inevitable expenses like a new car, a home or retirement. This will keep your long-term financial goals on track and help avoid debts if you have more actual cash in the bank when future bills come due.

4. Never use cash advances. A sure way to get into trouble is to treat your credit card like an ATM. Additional fees are always steep, above and beyond the principal and interest you run up.

5. Pay off your credit card each month if possible. Make sure you only charge what you can afford, and get in the habit of paying off the balance if possible.

6. If you can’t pay your debts off, pay as much as you can. Late fees, interest and penalties for payments add up in a hurry and make debts linger like a bad houseguest. Don’t make debt harder to get rid of by helping it stick around.

7. Never trust a quick fix for your debts. Eliminating debt requires paying down debt – not paying some “expert” you found on the internet to make the issue go away. Even non-profit counseling services can still cost you a bundle, and less reputable fixes are often outright scams — like one unscrupulous company the Federal Trade Commission busted in May that “bilked tens of millions of dollars from financially strapped consumers, including the elderly and disabled.”

8. Check Your Credit Report Once a Year. It’s free via AnnualCreditReport.com, and it’s an important exercise to take inventory of your borrowing. But in the most recent data available, lending portal Credit.com found a mere 8 percent of consumers bothered to access their free report – and amazingly, 26% of Americans have never once checked their credit report in their lives! If there are any errors or even signs of identity theft, you’ll want to know ASAP and take action to correct them.

9. Always keep perspective. Debt problems and bankruptcy can strike anyone, at any age and at any income level. Bad decisions can bankrupt anyone, whether they earn $25,000 or $250,000 a year. Protect yourself and take your finances seriously lest it happen to you. 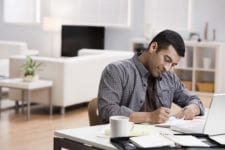 What Is a Good APR for a Credit Card? 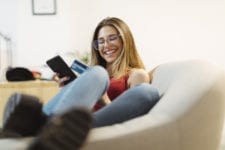 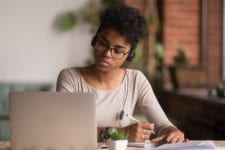 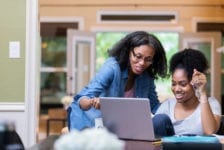