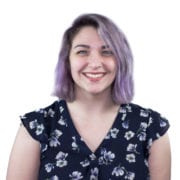 For once, being in the dark might be a good thing. We’re talking about Dark Mode, the internet’s equivalent to a sweet pair of shades. Early adopters have long preferred the darker palette because it’s sleek, slightly more customizable, and harkens back to Hollywood’s glamorization of hackers. But new studies (and an ever-growing list of rollouts) are beginning to shine some light on the other benefits of Dark Mode.

The upside to joining the Dark side

Going to the dark side was originally meant to reduce eye strain at night. White text on a black background fundamentally stands out more than its inverse, and switching to Dark Mode makes text-heavy sites like Wikipedia easier on the eyes regardless of what time of day you’re scavenging the web. Dark Mode also eliminates distracting whitespace on some webpages, thereby enhancing focus.

Widespread incorporation of Dark Mode is a big deal because Dark Mode is less jarring for people who work late, surf late, and game into the wee hours of the morning. If you’re gaming on a monitor with Dark Mode enabled and you go to pull up a webpage that’s not Dark Mode-capable, you can almost feel your retinas sear. Answering texts in the middle of the night, even with your blue filter on, can cause the same kind of ocular discomfort.

That discomfort is part of the reason there’s actually a slight health benefit to Dark Mode. For users who are naturally more photosensitive (photophobic), Dark Mode is actually less painful to interface with than standard views, even during daylight hours. Users with lighter eye colors have less melanin in their eyes to protect the retinas from harsh light, which appears to include the blue light emitted from screens.

There was a time not so long ago when using a Google Pixel at its highest primary setting required six times the amount of power as using at its highest night mode setting. By that logic, it’s clear that Dark Mode actually does use less energy, but how much energy you save depends largely on your screen.

Dark Mode is best optimized when used on OLED and AMOLED displays. According to Google, Dark Mode doesn’t make any noticeable energy impact when activated on LCD smartphones (Samsung Galaxy S9, almost all iPhone models). But AMOLED screens like the one on the iPhone XS or basically any Android drew 63% less power in Dark Mode compared to the brighter alternative. Thus, tech companies are shifting away from the LCD screen model, and into territory where deeper blacks and individually controlled pixels have a positive impact on battery life, especially when interfacing with smartphones. Because OLED displays don’t have or need backlighting, any empty space in Dark Mode would be created by just turning those pixels off entirely.

When it comes to computer monitors and laptop screens, Dark Mode can still be used somewhat effectively on LCD displays because of the filter it places over the blue light emitted by the backlight on your monitor. Late-night browsing should still give you less of a headache, but you’ll get to experience the full power (savings) of Dark Mode best when browsing with an AMOLED or OLED display.

New recruits to the dark side should note that while iOS Night Shift and Android Blue Light Filter achieve similar ocular comfort to Dark Mode, Dark Mode is especially mindful of aesthetics (hello sleekness, my old friend…). Blue light filters are just that – filters. To repress the light that encourages insomnia, a yellow or red filter is placed over a user’s backlit interface, heavily discoloring and sometimes even distorting images.

Dark Mode is a way to limit image distortion, ease eye strain, and save energy. After Google’s Android Dev Summit at the end of 2018, Slashgear reported that colors designed for standard smartphone displays use a significant amount of milliwatts (mW) from the smartphone battery. Conversely, intentional dark mode design uses more muted colors that 1) are easier on the eyes and 2) require less power to display. For sites like Reddit, the overall brightness was manually lowered for some colors in an effort to improve visibility via contrast without risking ocular discomfort.

When apps and websites offer a Dark Mode, it’s likely been especially designed by UX and UI professionals who take every pixel into account, and make sure you don’t lose anything by surfing in the dark. Although white is still the default, more and more webpages and apps are being coded for Dark Mode.

Dark Mode is both sexy and substantial — designed to improve the health of your retinas and your battery life. So no matter why you’re using it, Dark Mode is a bandwagon worth leaping onto.