Xbox Game Pass Ultimate and the Disappearance of the Disc

John Wick Could Have Just Filed These 4 Insurance Claims 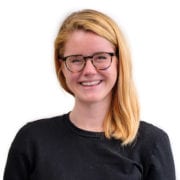 Rideshare insurance is a necessity for Uber and Lyft drivers, but an oddball in the insurance world. It’s very limited coverage that only applies at select times: specifically, when a driver has their rideshare app turned on, but hasn’t yet accepted a ride or picked up a customer. It’s also primarily meant for collision and comprehensive claims, as Uber and Lyft already provide liability insurance. (We explain the intricacies of rideshare coverage in more detail here, if you’re interested.)

The kicker is: When you’re buying rideshare insurance, you’re paying an additional monthly premium for coverage that has limited reach during a restricted time period. It likely won’t add a lot to you insurance bill, considering that it typically costs between $10 and $30 per month. However, people that only drive rideshare on occasion might find it irksome to pay for another insurance product that they’re barely using.

Nationwide plans to offer usage-based rideshare insurance, so drivers only have to pay for coverage while they’re actually driving.

These are the exact people Nationwide hopes to attract with its new rideshare coverage. Nationwide’s program, which is set to roll out later this year, will charge rideshare drivers for their insurance on a pay-per-use basis. With this coverage, drivers would turn their insurance app on when they start their shift — just like an Uber or Lyft app — and switch it off when they’re done for the day. Then, theoretically, they’ll be charged a monthly premium based on the number of driving hours they logged.

This plan isn’t especially novel. There are quite a few usage-based insurance companies that already exist and operate in a similar way. Metromile, for example, sets customers’ car insurance rates based on how much they drive. It aims to provide coverage at a lower cost for people who don’t drive regularly, and would prefer not to pay for insurance on a car that’s just sitting in the driveway most of the time. Think: millennials.

Others insurance giants Progressive and State Farm have used driver tracking devices for years as a way to offer discounts for good drivers. However, Nationwide is the first company that will implement tracking-based rates specifically for rideshare insurance.

Many companies offer safe driving discounts or mileage-based rates, but Nationwide is the first company to do so for rideshare drivers.

“This partnership exemplifies our commitment to innovation by leveraging technology to provide rideshare drivers with a flexible and comprehensive insurance product,” said Teresa Scharn, Nationwide’s VP of product development.

The partnership is new to rideshare, but just one more in an ever-growing list of digital and app-based insurance offerings. As with most of these newfangled policies, we expect Nationwide’s plan to be cheaper and more convenient for a select group of people — namely, low-mileage rideshare drivers. However, it could be lacking in coverage or end up costing more for those that drive full-time and need more extensive coverage. To-date, that seems to be the norm for tech-powered insurers.

In Nationwide’s case, we’ll have to wait until the company launches its rideshare insurance later this year to find out.

Further reading on insurance and technology:
Should You Choose a Digital Insurer?
Insurers Can See Your Social Media. Is It Time to Scrub Your Profiles?
What Happens When Smart Home Tech and Insurance Meet
Tesla Wants to Insure Its Drivers, and Will Double Down on Tracking Data to Do It
How Fitness Trackers Could Save You Money on Life Insurance 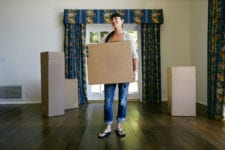 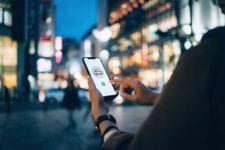 Rideshare Safety Tips for Women: Understand the Risks of Your Trip 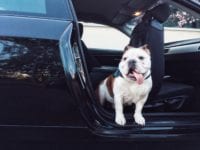 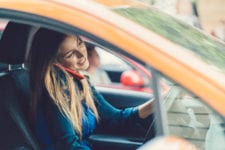 How to Avoid Distracted Driving at Night