Are the Parabens in Your Beauty Products Dangerous?

Breakouts and Blackheads: What Gets Rid of Them

Do You Really Need Eye Cream?

Are the Parabens in Your Beauty Products Dangerous?

Most people know–or at least have a vague idea–that parabens are potentially dangerous; yet many don’t know what parabens are, what they do, or what the controversy is actually about. So let’s start with the basics:

A 2017 University of California, Berkeley study suggests parabens might be more dangerous than previously thought–even in small amounts.

Parabens are preservatives, used in 90 percent of typical grocery items and, according to the American Chemical Society, approximately 85% of health, beauty, and personal care products. They extend the shelf life of items containing water, and are one of very few preservatives able to prevent the growth of bacteria, fungi, yeast, and mold–which is why they’re so popular.. You’ll find them in food, drugs, packaging, makeup, moisturizer, sunscreen, haircare, skincare, and shaving products, commonly listed under methyl-, ethyl-, propyl-, isopropyl-, butyl-, isobutyl-, and benzylparaben–though that’s not an exhaustive list. And because people ingest parabens orally as well as through the skin, most Americans have them in their bodies at all times.

The controversy surrounding parabens has to do with their chemical structure; it’s similar to that of estrogens, which are linked to an increased risk of breast cancer and reproductive problems.

But the furor really took hold in 2004, when a British study showed “traces of five parabens in the breast tumors of 19 out of 20 women studied.” From there, the media ran stories about the possibility parabens, often found in deodorants and anti-perspirants, being linked to breast cancer–even though the study never claimed a causal relationship, and was later found invalid. Even so, many people immediately grew–and have remained–uneasy.

The short answer is no, parabens haven’t been definitively linked to health risks. A 2005 study concluded it’s “biologically implausible that parabens could increase the risk of . . . breast cancer.” But they are known to increase the growth of breast cancer cells, and to mimic estrogen in the body. And a 2017 study suggests parabens might be more dangerous than previously thought–even in small amounts. It’s no surprise, then, that many consumers would rather leave parabens out of their quests for health and beauty.

At Reviews.com, we’ve decided to exclude products containing parabens from most of our top picks when we could. Many people aren’t convinced they’re safe: animal studies have shown certain parabens to be potentially dangerous, the CDC is continuing long-term studies on their risks, and the European Union has severely restricted their use, citing possible risks to human health—-particularly in products designed for children. We’ve decided, based on these factors to save our “best” rating for paraben-free products. Especially because products that don’t contain water won’t need preservatives like parabens, and those that do can be preserved in other ways. 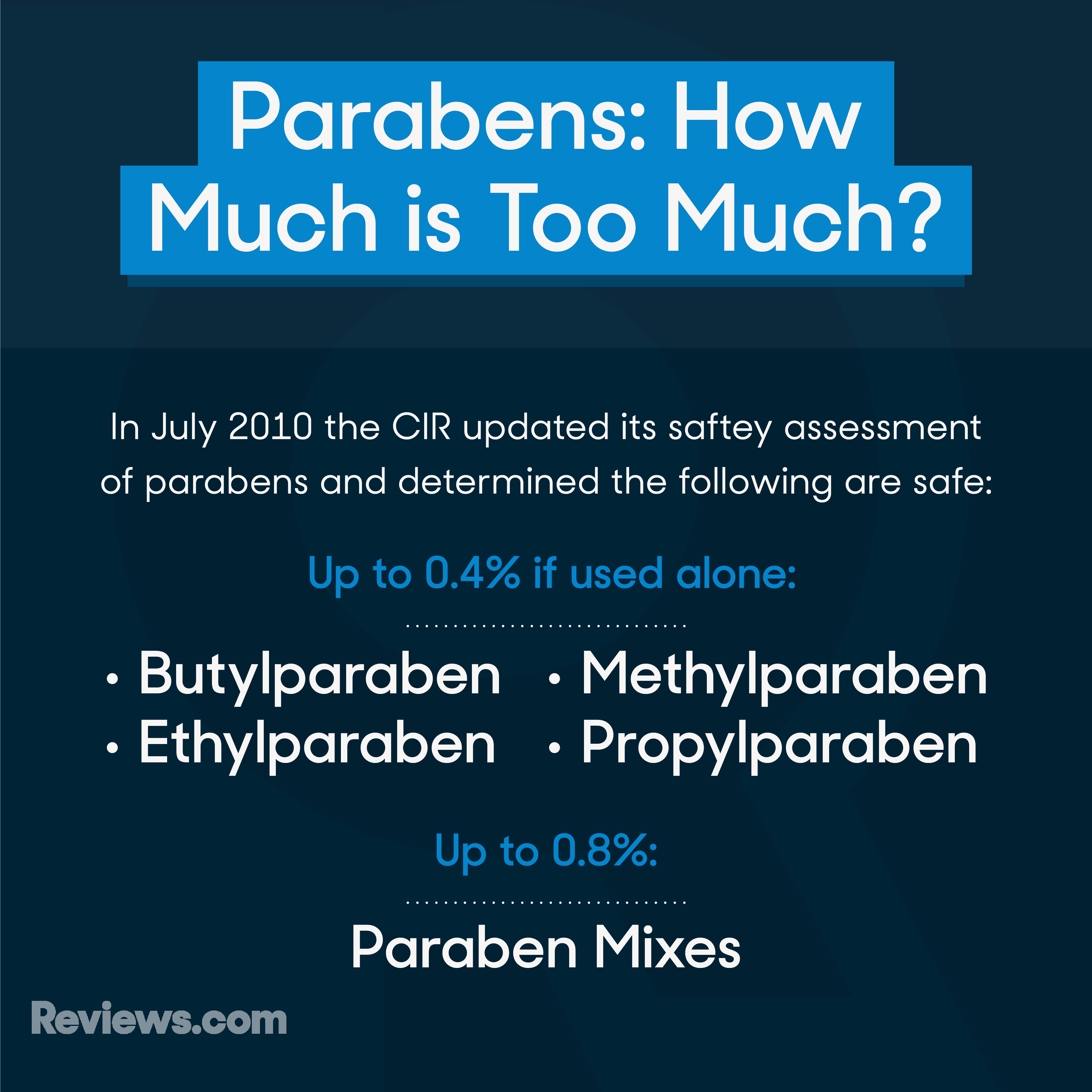 (It’s important to note, however, that certain alternatives for parabens, however, contain allergens, skin irritants, and sensitizing ingredients. Digging deep into this issue means getting skilled at reading labels, to ensure you aren’t replacing a potentially dangerous ingredient with one proven to be risky.)

Do Parabens Cause Cancer?

The official word from the American Cancer Society is: “Although at this time there are no clear health risks from parabens in food, drugs, cosmetics, and skin care products, people concerned about exposure to parabens can avoid products containing them.”

Under the Federal Food, Drug, and Cosmetic Act, cosmetic products and ingredients, other than color additives, don’t need FDA approval before they go on the market.

The FDA takes a similar “safe until proven unsafe” stance; in partnership with the CDC, it conducted Cosmetic Ingredient Reviews in 2003 and 2005, and stuck with findings from 1984: There isn’t enough evidence to prove parabens dangerous in cosmetics, food, or food packaging, despite studies noting their ability to (weakly) mimic estrogen in animal studies.

But there is enough information to give many consumers pause. For example, the European Union agrees that the dangers of parabens haven’t been conclusively proven; but over the past five years, it has restricted, further restricted, and banned certain parabens. Their take is that until they’re proven safe, they shouldn’t be used.

We don’t mind being cautious–especially given that a recent study found methylparaben increased tumor size in breast cancer cells, and may also play a direct role in chemoresistance. The lead researcher of that study, Dr. Dale Leitman, a gynecologist and molecular biologist, says, “Although parabens are known to mimic the growth effects of estrogens on breast cancer cells, some consider their effect too weak to cause harm. But this might not be true when parabens are combined with other agents that regulate cell growth.”

Groups like the Campaign for Safe Cosmetics (a project of Breast Cancer Prevention Partners) second that thought. Their main concern is that “parabens are known to disrupt hormone function, an effect that is linked to increased risk of breast cancer and reproductive toxicity.” They’ll tell you parabens have been linked to reproductive, immunological, neurological and skin irritation problems (which is true, in animal studies). And, if parabens are eventually linked to cancer in humans, women will primarily be affected: they use significantly more personal care products than men do, meaning they’re exposed to far more parabens.

The FDA’s website states that no studies have proven a link between parabens and cancer in humans; but many–based on a number of animal and laboratory studies–believe it’s just a matter of time. They aren’t comforted by the FDA’s insistence that, “Studies have shown . . . that parabens have significantly less estrogenic activity than the body’s naturally occurring estrogen. Parabens have not been shown to be harmful as used in cosmetics, where they are present only in very small amounts.”

Along those lines, pressure from groups like the CSC is prompting more and more companies to go paraben-free. Ruthann Rudel, MS, who leads programs at a nonprofit for breast cancer research, says paraben “levels have been dropping quite rapidly from 2005 to 2011.” Good news for those who don’t feel a favorite face cream is worth any level of risk. 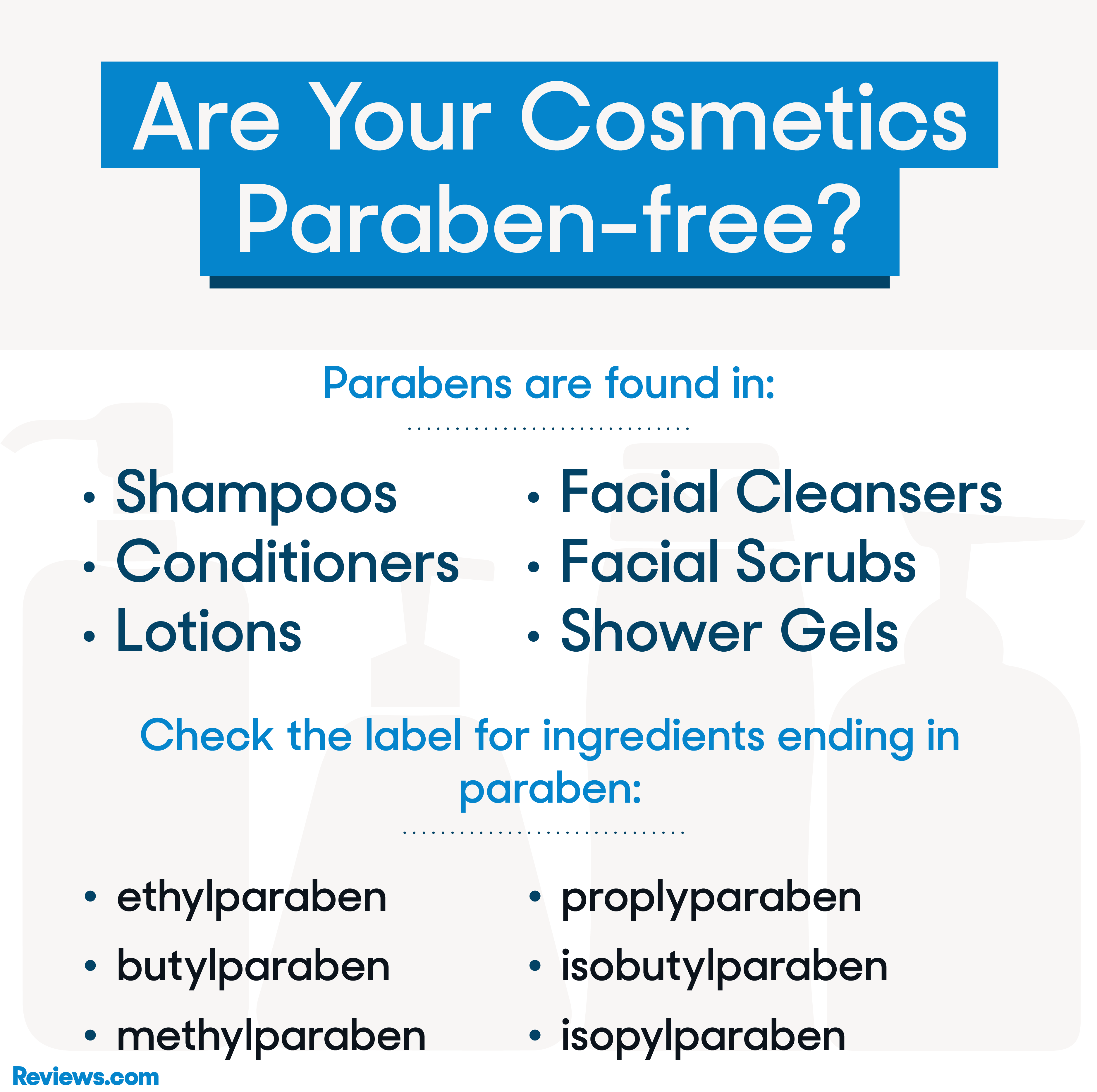 What The Experts Say:

Experts in the beauty industry also disagree about parabens, but some of their concerns have to do with skin sensitivity. “A lot of [eye creams] have parabens, preservatives, and fragrances. These ingredients should be avoided, especially if you have sensitive skin or notice any skin irritation,” says Dr. Rhonda Klein, a dermatologist based in Connecticut.

Paula Begoun (known in the skincare industry as “The Cosmetics Cop”, and whose company, Paula’s Choice Skincare is built on research-based, scientifically supported claims), cites a study on her blog that refutes parabens’ reputation as sensitizing: “… these ubiquitous compounds have withstood four decades of extensive skin testing conducted by a variety of organizations, both North American and European, and now, it seems parabens have shown to be one of the least sensitizing preservatives in commercial use.” One of the organizations she’s referring to is the National Institutes of Health (NIH), which says “Parabens are rarely irritating or sensitizing to normal human skin at concentrations used in cosmetics.”

Paula stands by her opinion that the controversy surrounding parabens is a combination of misinformation, hype, and scare tactics; she notes that they “have exhaustive safety data AND are naturally produced by vegetables and fruits. Foods such as soy, beans, flax, cherries, blueberries, carrots, and cucumbers produce parabens and other chemicals that mimic estrogen – to a much greater degree than the miniscule amounts of parabens used in skin care, hair care, and makeup.”

Those in the industry are likely to remain divided–at least until a conclusive body of research rolls in. But one thing virtually every skincare expert does agree on is that fragrance-free products are best for your skin–a hidden perk, given how many parabens are used in fragrances. And the fact that manufacturers aren’t required to disclose fragrance formulas; labels that don’t list parabens may still contain them under Fragrance/Parfum. Going fragrance free will also help you avoid parabens.

Caution Rules, When It Comes to Parabens

Our job is to recommend the best products in any category; so it makes sense that our choices would be free of potential health risks. Great products can (and do) exist without parabens; we’ll find them for you. 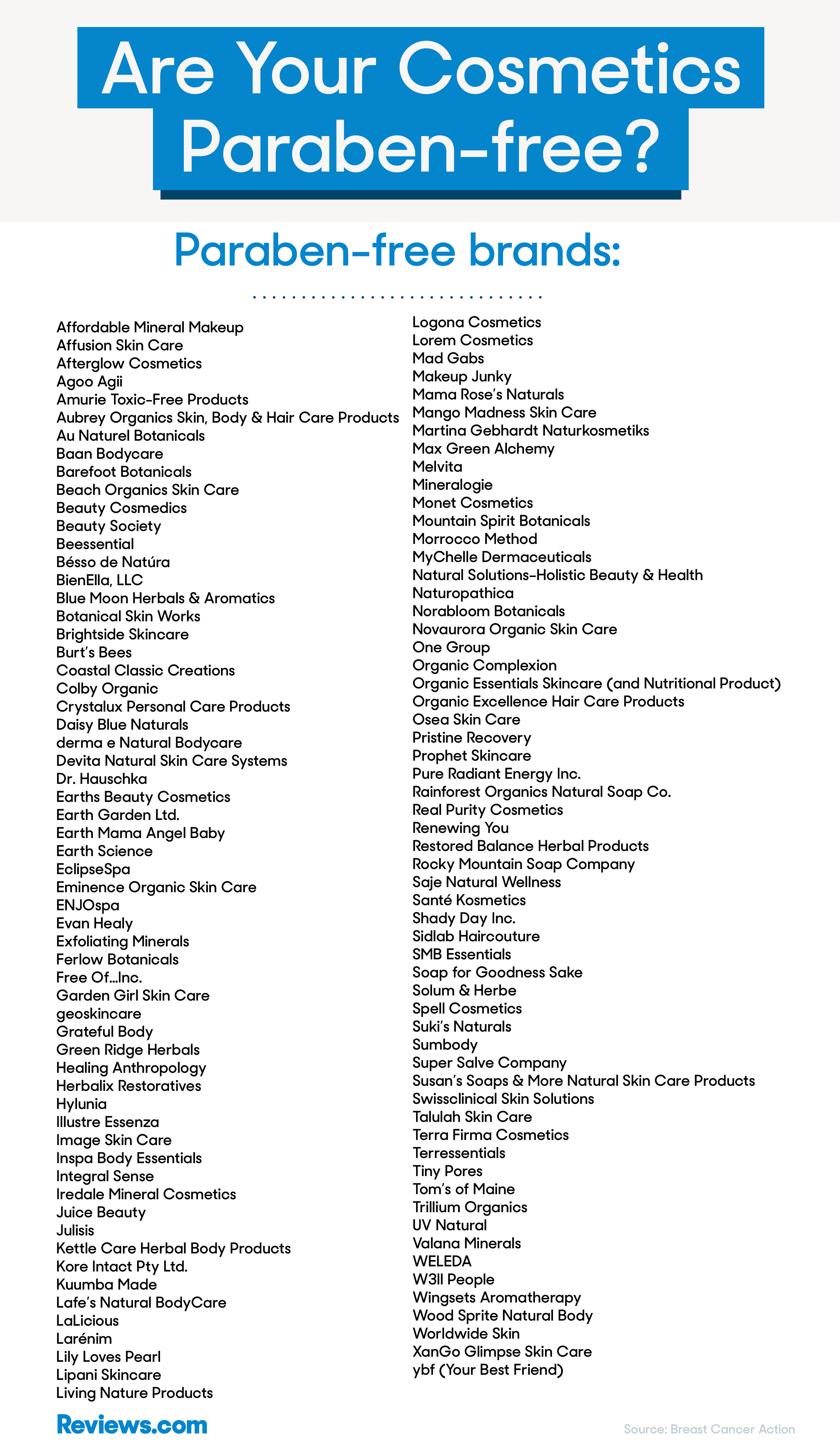 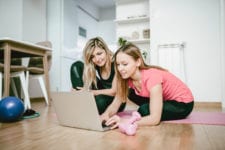 8 Reasons to Use Streaming for a Budget Workout 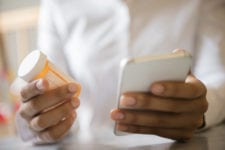 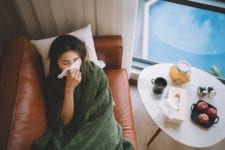