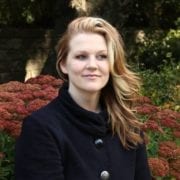 If the past few years have taught us anything, it’s that streaming is the future of gaming.

Major companies such as Google, Microsoft, and PlayStation have all launched cloud gaming services, and this new wave of gaming innovation promises more benefits with fewer hassles. For instance, gamers won’t need to buy expensive consoles or deal with long download times to play their favorite games.

Microsoft’s Project xCloud is one of the latest and greatest iterations of this concept, and it has already received positive buzz in the gaming world.

For those who aren’t in the know, Microsoft’s Project xCloud will allow gamers to stream Xbox One games directly to Android phones or tablets.

However, the folks at Microsoft have made it clear that Project xCloud isn’t meant to usurp current or future gaming systems. “We’re developing Project xCloud not as a replacement for game consoles, but as a way to provide the same choice and versatility that lovers of music and video enjoy today,” writes Kareem Choudhry, CVP of Gaming Cloud at Microsoft.

Let’s take a quick look at some of the main features of Project xCloud.

Key details Project xCloud has announced about the service:

But what about people who don’t own an Xbox One?

For instance, Google’s Stadia costs $130 for a hardware starter kit (plus three months of premium service), and then $10 per month after that with a free tier set to launch sometime in 2020. On the flip side, PlayStation’s cloud streaming service, PlayStation Now, is $9.99 per month plus app tax, while Nvidia’s GeForce now is a slightly less expensive $7.99 per month.

Project xCloud promises to deliver a new brand of high-quality mobile gaming experience to users. From an extensive library of content to a seamless player experience, there’s a lot to look forward to with this service.

Players don’t need to own games or a console to stream more than 50 console-quality games straight to their tablets or smartphones. According to Xbox.com, to tap into the wonders of Project xCloud users will only need:

Gamers will also be able to purchase a clip to connect Android phones to Xbox controllers for the ultimate experience. So whether they’re waiting for a flight, killing time during a commute, or unwinding after a long day at work, all they’ll have to do is clip their phone to their controller to start playing Xbox games.

The content library of Project xCloud is sure to be an expansive one, which will be a huge draw for both current console-owners and non-Xbox gamers of all stripes. Project xCloud will have the capability to stream more than 3,500 games without any changes or modifications required by a developer. When the service fully launches, players will potentially have access to hundreds of current and archived Xbox games from the Xbox 360 and Xbox One lineups, and possibly a few original Xbox games.

Streaming quality looks to be another strength of the soon-to-launch Project xCloud.

For gamers, this means taking an immersive experience that was once only available in the comfort of their homes out into the world and accessing it anytime, anywhere there’s an internet connection.

There are a few known issues with the beta version of Project xCloud, including latency. As a refresher, latency — or the lag time between when a user presses a button and when the corresponding action shows up on-screen — can be an issue with cloud gaming.

According to Thomas Wilde of Geek Wire, some games have demonstrable problems with lag and refresh rate. Some motions and menu options take a couple of seconds to register, and the screen often requires a second to re-render the game after action had taken place on the screen.

Apple users should keep in mind that Project xCloud is not yet available for iOS and currently doesn’t have a launch date for Apple devices.

There are still many aspects of Project xCloud that are under wraps, including when the full service will launch, which Xbox One consoles will be supported, what quality of internet connection will be required for an optimal experience, and what resolution the games will be streamed in.

However, since this is Microsoft we’re talking about, it’s likely Project xCloud will have plenty of cool features to offer gamers. And don’t forget—it’s free to current console-owners.