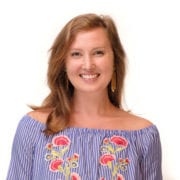 Like self-driving cars, smart home tech is exciting because it’s convenient. Video doorbells let you see who’s there from anywhere — be it the couch or the other side of the country. Automated commands allow you to come home to illuminated lights, a disabled alarm, and a thermostat set to the perfect temp, all because you linked those actions with opening the garage door.

But smart home convenience turns inconvenient if your devices can’t communicate. When every tech company’s products speak a different language, a custom smart home turns into a Tower of Babel. Sidestepping the whole language barrier problem means sticking with the same brand for every device purchase, even if it’s not the best or most affordable option.

You should be able to shop for devices across brands, weighing abilities and price points, not just logos. And tech companies agree. Through the Zigbee Alliance, Amazon, Google, Apple, and other big players are joining forces to establish standard communication protocols for the smart home. In as little as a year, we could start seeing products that speak a universal tongue.

Hopefully, one day the question “What works with what?” won’t be worth asking. Secure, open-source communication protocols will allow devices to work together harmoniously. Until then, double check compatibility before you buy. Starting from scratch? Pick your home hub wisely, as the digital assistant it contains will serve as central command.

A single device to control your whole ecosystem— there’s a reason smart speaker usage is on the uptick. These voice-controlled hubs talk to all your connected devices, allowing you to make commands and trigger routines, or just ask if it’s going to rain. The voice assistant of your home hub or smart speaker will dictate what other devices you are best off buying.

If Apple rejoins the smart home race in earnest, we may have three viable voice assistant / home hub options for the smart home. But for now, Amazon and Google hold court. And of the two, Amazon, with its vast interoperability and outstanding skills list, more or less owns the smart home. But at every release event and quarterly report, all the horses are still in the running.  As Kevin C. Tofel with Stacy on IOT put it, “The smart speaker race continues to be run by Google and Amazon with Apple and Microsoft battling for the bronze medal.”

What Devices Work With…?

Here’s how 23 big names in smart devices and appliances play with the big platforms.

What Home Security Systems Work With…?

Zigbee and Z-Wave are mesh networks: radio frequency networks, rather than WiFi or Bluetooth, that connect wireless devices. Zigbee has an outsized capacity for number of connected devices (tens of thousands) but for most homes, either Zigbee or Z-Wave (with a max of several hundred devices) will provide plenty of bandwidth.

The primary difference: Zigbee is open source — interoperability is in Zigbee’s DNA. The Zigbee Alliance is formed by a group of over 500 technology companies. Z-Wave, on the other hand, is run by a private company, Silicon Labs. The more closed nature of Z-Wave means that fewer devices run on its network, but the communication between those devices is more reliable.

Both Z-Wave and Zigbee have announced plans to commit to open-source development. Z-Wave promises to open up its communication protocol to third-party developers by late 2020. Zigbee Alliance, already open source, is doing one better. The group will pull together the technology of its megastar members (Amazon, Apple, Google) to develop a truly secure, truly open communication protocol that resolves smart home tech’s two biggest issues: communication hang-ups and easily hacked devices. Connected Home over IP is slated for release to developers in late 2020, as well.

Flexible Middleman: If This Then That (IFTTT)

Amazon Alexa, Google Assistant, and Samsung SmartThings all “work better with IFTTT” — a free, web-based service that allows you to string device commands together. (Of the top smart home platforms, only Apple HomeKit isn’t compatible with IFTTT.) Once called “recipes,” these bundled commands are now known as “applets.” Once you have connected devices, you can automate handy, but repetitive tasks like sending smart camera video footage to your phone, or flipping the lights off at bedtime.

Pick Devices That Play Well With Others, Until All Can Play

While we wait for a standard, secure communication protocol for the smart home, you’re best off sticking with major tech brands for your central devices, and shopping off their compatibility lists for secondary devices. While you may spend a little more to stick with name brands, you’ll profit in time saved both setting up and using your smoothly connected home. 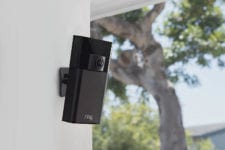 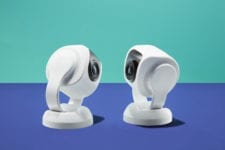 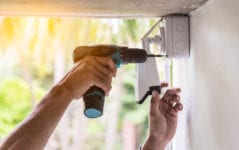 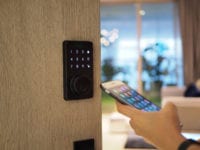