Generous data caps at a low price for groups and families
We recommend products and services based on unbiased research from our editorial team. We may receive compensation if you click on a link. Read More. 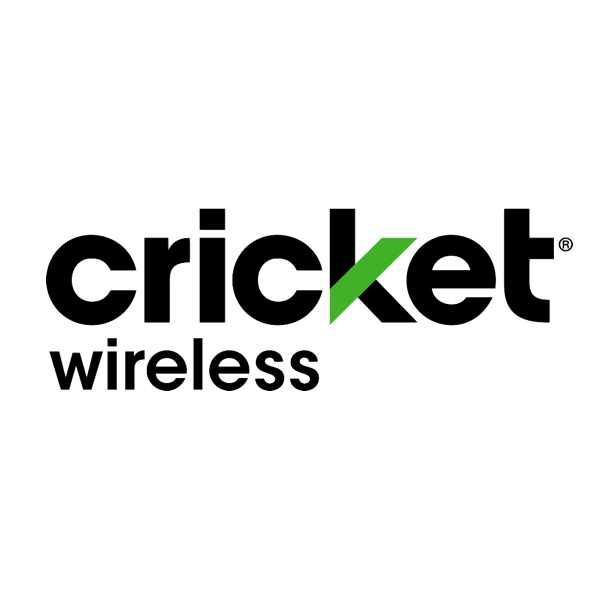 How We Reviewed Cricket Wireless

Acquired by AT&T in 2013, Cricket Wireless shines among cell phone providers for its affordable prepaid group plans. At $25 to $60 per month per line before discounts are applied, it’s cheaper than both Verizon Wireless and T-Mobile. By coverage, Cricket is the fifth-largest cellular provider nationwide, with widest and fastest coverage in Texas, Pennsylvania, Arizona, Tennessee, Nevada, New Jersey, Arkansas, Delaware, and Mississippi. Its speeds lag behind bigger providers, but if you’re looking for a budget-friendly carrier that offers a good range of plans, Cricket Wireless is tough to beat.

Yes. Cricket wireless is one of the most affordable mobile carriers around. Plans are cheaper than those of bigger providers like Verizon Wireless and don’t come with the hassle of an annual contract. Cricket really shines when it comes to its Group Save discount, which can potentially save you up to $70 per month. This is a huge bonus if you’re purchasing plans for a family of five, or if you and your friends want to go in on a plan together.

Gauging a mobile carrier’s “friendliness” is more abstract, but Cricket delivers on this as well. We love how user-friendly its website is when compared to competitors. What you see on Cricket’s site is what you get — information isn't buried in the fine print. This level of transparency makes the decision-making process much less of an annoyance. Another way the provider scores friendliness points is by including taxes in all of its monthly rates. The price you see online is the total price, meaning you won’t be surprised by additional taxes when the bill comes.

People who want the fastest speeds

If you sign up for AutoPay with the 5 GB, Unlimited, and Unlimited Extra plans, you’ll get a $5 credit at the end of each monthly statement. This can’t be stacked with the Group Save discount, but it’s a smart deal if you’re the only person on the plan.

For the 2 GB and 5 GB plans, you have the option of topping up your data if you’ve hit your monthly data cap. You can add an extra 1 GB as either a one-time or monthly purchase for $10, making this a perfect solution for people who occasionally exceed their data limit but aren't ready to upgrade their plan. We recommend only doing this once you’ve hit your cap, as any “leftover” data won’t roll over into the next month.

Most carriers now offer a version of a no-contract option, but Cricket offers one of the greatest varieties — after all, all of its plans come without an annual contract. This means that you can leave for another provider if you’re unsatisfied. Like a standard prepaid plan, you’re essentially paying for your data upfront. This lets you keep your options open if you ever feel the urge to switch to another provider.

Cricket's array of data plans means there is likely a plan to fit your needs. Here is a full cost breakdown of the data plans offered by Cricket:

The biggest drawback for Cricket is that its speeds aren’t up to par with those of the larger carriers. Despite being on AT&T’s network, Cricket’s 8 Mbps max speeds are lacking. This is because Cricket’s speeds are capped and don’t operate at the same level as AT&T’s network speeds. What's more, its speeds on the Unlimited plan are capped even lower at 3 Mbps. Cricket says that 8 Mbps is plenty for streaming video and downloading games, which is true if you’re not concerned with HD quality. But you might notice a difference — especially if you’re used to the speeds offered by larger carriers. If you need a lot of speed and don’t mind paying for the extra convenience, we recommend looking into faster providers like AT&T or Verizon.

On paper, Boost Mobile and Cricket Wireless are fairly similar. Both offer competitive plans that don’t require annual contracts or charge overage fees. One feature Boost has over Cricket is that it includes a mobile hotspot with both of its Unlimited plans — which is a major plus if you do a lot of tethering between your phone and other devices. However, Boost’s parent company is Sprint, which means you’ll be getting Sprint coverage and reliability. Cricket’s parent company, AT&T, wins out over Sprint on overall performance, but it does cap speeds at 8 Mbps. It really boils down to preference. If you’re in an area with strong Sprint coverage, Boost Mobile might be the way to go. But if you aren’t and would prefer generally stronger performance, Cricket Wireless is still your best bet.

When it comes to price, FreedomPop beats Cricket — nothing can beat free. But cost is really the only place FreedomPop wins. In exchange for ultra-cheap plans, the carrier charges overage fees, plus its hotspot costs extra and only tethers up to 1 GB of data. Cricket Wireless excels as the more cost-effective option for those who need some added features, but if you only need your cell phone to do the bare minimum and don’t want to pay more for extra features, FreedomPop’s hard to beat.

MetroPCS and Cricket Wireless share many of the same features. Pricing for both is competitive, and neither requires a long-term contract. MetroPCS has an edge when it comes to its unlimited plans’ data caps — MetroPCS has a 35 GB limit before throttling speeds, whereas Cricket’s unlimited plans start to slow at 22 GB. It also includes mobile hotspots across all plans at no additional cost. However, when it comes to performance, Cricket wins. MetroPCS is owned by T-Mobile, meaning it has the same coverage and reliability. AT&T’s overall performance is stronger than T-Mobile’s, so if you’re more concerned with that, Cricket is the way to go.

Is Cricket part of AT&T?

Yes. AT&T bought Cricket Wireless in 2013. RootMetrics, an independent network testing firm, ranks AT&T as second in overall performance. Because AT&T owns Cricket, you can expect the same level of coverage and reliability as you would with AT&T mobile plans.

Not really, no. Cricket will still throttle your data speeds after you exhaust your monthly data allowance. The Unlimited plan, for example, will offer “unlimited” data access at speeds up to 3 Mbps — until you accumulate 22 GB worth of data usage, at which point your speeds will be reduced. You can still access the web, but with reduced speeds, you may find your web and data usage limited.

Does Cricket have additional fees?

No. With Cricket Wireless, what you see is what you get. You’ll have to pay for extra features like mobile hotspots and international calling, but that information is clearly presented on the company’s website. Even taxes are included in the total price you see, so you’ll always know exactly what you’re paying.

According to BroadbandNow, Cricket is available in 36 states and is the fifth-largest cellular provider in the U.S. Though its service area is spread out across the country, its top area served is Houston, Texas, followed by Chicago, Illinois.

Cricket Wireless is best for families who value low prices over the fastest speeds, or anyone who prefers an affordable phone bill over the speediest connections. Audit the phone habits and data usage of anyone joining your plan to decide which will be right for you. If you need a cheaper wireless plan, then Cricket might be your best option.