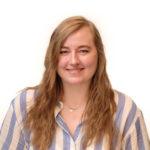 We spoke to engineers and microwave experts, only to discover that the internal construction of all microwaves is nearly the same. The best are separated by their smaller details, like high wattage and easy-to-use features. We tested nine ourselves and found two that are well-rated by consumers, reliably long-lasting, and intuitive to operate.

The Best Microwaves: Summed Up

The Best for Most Kitchens This microwave tells you exactly how long your food is cooking — a feature that seems like a given, but isn’t. When we cooked potatoes in testing, some of the microwaves with moisture sensors would cook for as long as five minutes with a few dots circling around the display, no indication of time. If you’re trying to follow a recipe or keep an eye out for overheating, these displays make it difficult to keep track of time.

The Carousel allowed us to enter an exact weight setting for our potato, so it was just as accurate as microwaves that used moisture sensor technology to assess appropriate cook time.

We were impressed by how few popcorn kernels the Carousel left unpopped (around 10) when we used the Carousel’s “Popcorn” preset. It beat out even the Breville here, which left closer to 20 kernels.

The Sharp also hit the temperature sweet spot of 175 degrees on its beverage preset. With presets that will accurately heat your food, there’s no need to sprint across your kitchen to stop something from burning or continuously add 30 seconds to get the temp right.

If you’re looking for a traditional microwave that won’t disappoint, this is our recommendation. It’s standard in visual design, and its 1.1 cubic feet internal capacity strikes a nice balance between conserving space and still fitting a reasonable amount of food. It won’t be the centerpiece of your kitchen; rather, it will simply blend in and do its job reliably well.

Most microwaves feature a button that allows you to add 30 seconds to cook time with a single press. Traditionally, you’ll find that button next to (or embedded in) the “Start” button. However, the Carousel’s placed above the numbers, mingling among the presets. It wasn’t a deal breaker, but it’s something that would take getting used to.

The other surprise was the lack of an internal light when the door is opened — the light only comes on when the microwave is cooking. Certainly not ideal, but also not a deal breaker. Typically, the more dials and options a microwave has, the more complicated it is to use. But not so with the Breville. It has large and intuitive LCD screen that lays out all your options simultaneously.

Programming felt like browsing through a smartphone app, meaning we didn’t have to wait for words to slowly creep across a tiny square display.

There’s no keypad, and you’ll have to twist a dial to program anything over 30 seconds. After some initial acquainting, we found those differences made programming simple. We weren’t completely ignoring presets and extra keys like we all do on our ordinary microwaves, instead we found ourselves able to specify exactly what we wanted done — without having to consult the user’s manual.

The Breville’s accuracy and customizability were unmatched in testing. Because microwave heat conducts from the outside in, you’ll usually get rubbery edges if you don’t lower power to allow the heat to seep in further. But with the Breville, if something starts boiling over, you can use its power level and time dials in the midst of cooking and let the heat penetrate.

The Breville also makes it simple to customize based on the size, weight, and nature of the food you’re cooking. There’s even a reheat option for pizza. Alternatively, you can leave it up to the Breville’s sensor to detect moisture and temperature and accurately reheat. When we tried this in our testing of beverages and with our own lunches, it was surprisingly accurate.

Performance aside, simply using this microwave is a lot of fun. The buttons and dials have a satisfyingly crisp click to them, similar to punching letters on a typewriter. The Breville also features some extra convenience with a designated noise level button for one-push incognito mode, and a button labeled “A Bit More” that adds 20 seconds to the cook time.

This is a great microwave for power users who want complete control over their cooking — those often frustrated with overcooked leftovers or constantly sticking their finger in to check for cold spots. We didn’t mind spending a little extra time learning the features and extras we came to value, but it could be overkill for the average user looking for a familiar design.

The Quick Touch is a little expensive at $250. Amazon reviews also warn that the words printed on the buttons can wear off after years of use … but we actually liked the implication that this microwave will last long enough for some surface-level wear. If you’re going to pay more for an appliance it should be long-lasting and awe you with its usability and features — the Quick Touch did that for us.

How We Chose the Best Microwaves

Out of a field of adequate appliances, we looked for the few that had a combination of crucial, next-level characteristics.

Fast cooking was our top priority — if a microwave can’t prepare a meal speedily, it isn’t the best. Ray Boxman, Professor Emeritus of Electrical and Electronics Engineering at Tel Aviv University, told us microwaves cook fast “because the microwave energy penetrates into the food, in contrast to conventional heating, which only delivers heat to the surface of the food, and a lot of time is needed for the heat to diffuse inward.”

Exactly how quickly the machine cooks is a matter of wattage, and most microwave models range from 600 to 1,200 watts. How much does wattage matter? Quite a lot, it turns out: Heating a cup of cold water to boil would take about one minute and 30 seconds in a 1,200-watt microwave, but four minutes in a 600-watt microwave.

Our research and experts informed us that microwaves around 800–1,000 watts were ideal. Users agree: The highest-rated microwaves tend to fall in that range, too.

Reliability problems are deal breakers. Microwaves that don’t turn on or don’t cook food at all, machines with buttons that won’t respond, and ovens that fall apart don’t make sense to own.

According to our experts, reliability directly correlates with price.

“There is no magic formula for reliability except good engineering, and every consumer manufacturer is faced with the tradeoff between reliability and cost.”

We talked to Bob Schiffmann, President of the International Microwave Power Institute for 18 years, who has worked with microwaves since the 1960s and consulted for frozen food companies. He told us that cheaper microwaves use cheaper components and end up costing more to fix than they’re worth. By digging through reviews and crunching some numbers, we found that the risk of buying an unreliable microwave doubles (at a minimum) once you go below that $100 mark. We didn’t consider anything under that price.

The best microwaves have a few characteristics that make them simple to operate:

Effective shortcuts: A 30-second shortcut button is a must, and presets should be reliable. For example, the “Popcorn” setting should produce a well-popped snack: few kernels, no charring.

Visibility: Its window should allow you to check in on your food’s progress without pausing cooking.

No babysitting required: You should be able to pop a frozen meal into the microwave and get an edible product by following on-package instructions — without on-the-fly improvisation of cook times and power levels.

No annoying dealbreakers: Little things like a prolonged “your-meal-is-done” chime or a tough-to-open door can turn a convenience into a hassle.

How to find the right microwave for you

Don’t dwell on what’s inside

You won’t find much variation in how a microwave heats things up. Their innards are all, basically, the same.

“Sixty million of the 80 million microwave ovens produced annually are manufactured by just two companies (Midea and Galanz) … in Shunde, China. Thus, for the most part, the difference between brands is purely cosmetic.”

Size and appearance will play a role in your decision to buy any appliance. We preferred microwaves with capacities that hovered just above one cubic foot. If you know that the dishes you use to store leftovers need more room, keep that in mind. For appearance, take into account the finish and “look” of any appliances already in your kitchen.

Most microwaves under $50 didn’t meet our 800-watt requirement, meaning they aren’t powerful enough to heat your food quickly. If you’re looking for a true budget option, you’ll sacrifice performance significantly.

Microwaves are a type of electromagnetic radiation, like radio waves with a similar frequency to that of cell phones. Microwaves can provide energy to matter and most kitchen microwaves use water molecules to accomplish this. Microwaves can also be used for radar and communication.

How does a microwave work?

According to the FDA, microwaves inside the oven are produced by an electron tube called a magnetron. Those waves then bounce around inside, off of the oven’s reflective surfaces. Microwave radiation is simply microwaves that cause water molecules to vibrate. Those vibrating molecules, not the microwaves themselves, produce the heat that cooks food.

Is microwaved food bad for you?

The FDA assures that, “The microwave energy is changed to heat as it is absorbed by food, and does not make food ‘radioactive’ or ‘contaminated’ … Microwave cooking does not reduce the nutritional value of foods any more than conventional cooking. In fact, foods cooked in a microwave oven may keep more of their vitamins and minerals, because microwave ovens can cook more quickly and without adding waste.”

Why do some food cook evenly in the microwave, while other don’t?

From one of our experts:

“It’s the food that is influencing the evenness. Particularly in frozen foods … ice is very transparent to microwaves. When it starts melting, it will start to heat like crazy while the rest isn’t heating as fast.”

So how do I get my food to cook more evenly in the microwave?

Microwaves work by increasing energy in water molecules, so foods with more water in them (broccoli) will heat much quicker. If the water content is lower, you’ll want to use lower power to avoid uneven cooking. Spreading out dense foods and microwaving meals in separate parts can help achieve a more evenly cooked meal.

What else can I use my microwave for, besides heating up food?

A few other, unexpected challenges that microwaves can conquer:

How can you determine if cookware is microwave safe?

Is it safe to run a microwave when there is no food in it?