HBO offers higher-quality programming and more recent box-office hits than the competition
We recommend products and services based on unbiased research from our editorial team. We may receive compensation if you click on a link. Read More. 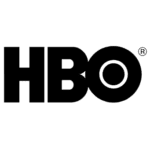 How We Reviewed HBO Now

Any major TV junkie or blockbuster buff will benefit from HBO’s streaming service. Though it has a smaller library overall, it has the highest percentage of original content. HBO puts most of its focus on TV hits like “Big Little Lies” and “Silicon Valley,” over licensing content from other networks. When it comes to movies, HBO consistently adds box office hits and Oscar-winners long before its competition.

For most people, HBO is probably best suited as a supplemental service, with its limited content for kids and no offline viewing. If it’s the only service you subscribe to, avid bingers may run out of things to watch. That said, if you like to be a part of the latest trend or coolest fandoms, HBO is a necessary subscription.

HBO Now vs. Other Streaming Services

How We Evaluated HBO Now

We also considered features like compatibility, usability, and value. Check out a detailed breakdown of our review process on our methodology page.

HBO’s TV shows have consistently dominated the cultural conversation. From the 1999 debut of “The Sopranos” to 2019’s “Game of Thrones” finale (HBO’s most-watched TV airing). HBO has a reputation for producing some of the best shows on TV. You can expect high-quality and innovative content. We found HBO’s original content to have a higher average rating from audiences on IMDb and critics on Rotten Tomatoes.

Its renown is also evidenced by HBO’s robust collection of Emmy nominations and awards. The network receives the most nominations nearly every year — with a record-breaking high of 137 nominations this year. HBO’s historically-inspired mini-series “Chernobyl” also held the no. 1 spot on IMDb’s top-rated TV show list with a 9.7/10 rating.

If you’ve got a taste for popular TV shows and being in on the latest craze, HBO is a necessary part of your entertainment suite.

HBO stands for Home Box Office, a promise to bring the box office to your couch. Compared to other streaming services, HBO tends to get the newest and most popular movies long before Netflix or Amazon. For example, recent holiday hits like “Aquaman” and “Fantastic Beasts: The Crimes of Grindelwald” are available to stream now. You’ll also find a full suite of Oscar-nominated films a few months after the award show. HBO is currently hosting “BLACKKKLANSMAN,” “Boy Erased,” “The Favourite,” “A Star is Born,” and “Bohemian Rhapsody.” It also rotates older box office classics like “Mean Girls” and “The Bourne Identity.”

You’re less likely to scroll through unfamiliar, obscure, and low-rated titles on HBO. We found its catalog curation to feel more intentional, and there was generally less niche or filler content.

A big part of HBO’s library hosts documentary films. You’ll find popular documentaries from other studios, like the examination of Fred Rogers’ legacy in “Won’t You Be My Neighbor?” and controversial originals like “Leaving Neverland.” With over 200 documentaries on HBO, you’ll never run out of nonfiction drama, historical reflection, and educational exposés.

You’ll be able to stream HBO on a wide number of devices.

If you’re on-the-fence about HBO’s streaming service, you’ll only have seven days to try it out. Other services, like Netflix and Prime Video, offer a full 30-days to decide. When the trial is up, though, you aren’t stuck in a contract and can cancel at any time. But we still appreciated the longer runway from the competition.

There are a few content categories that HBO doesn’t cater to. You won’t find any 4K or HDR content to stream, regardless of your TV’s technology. A bit of a bummer when trying to decipher who’s been beheaded in the dark scenes of the Battle of Winterfell.

HBO also has very few animated films and content for kids. The service is best for adult viewers, and young families will want to consider Netflix for more kid-curated catalogs.

One of HBO’s biggest drawbacks is that you can’t download content to view offline. You’ll need an internet connection to stream any HBO movies or TV shows. That may come as big bummer to anyone hoping to binge “Game of Thrones” on their flight to Westeros. It also means any parents hoping for some offline entertainment for their kiddos during a road trip or plane ride will have to use another streaming service.

The difference between HBO Now and HBO Go

There are two methods for subscribing to the HBO streaming service. If you have a traditional cable TV plan, it’s often cheaper (~$10) to purchase HBO as a premium channel through them. You may even get HBO for free depending on the channel package you purchase. You’ll then use the HBO Go app to stream the content on other devices. If you’re a true cord-cutter, you’ll subscribe to HBO via the HBO Now app for $15 per month. The actual content is the exact same on both services. You can read more about the differences here.

HBO is home to box office hits and Emmy winning shows. With titles like, “True Blood,” “Entourage,” and “Sharp Objects,” you’ll never run out of riveting entertainment. However, you’ll only have seven days to decide if you want to pay for the service. You can compare more streaming options in our full review of the best movie streaming services. And if you still need help deciding, we’ve built a full guide for navigating the streaming space.