So Who Exactly is Buying the New (and Expensive) Garmin Smartwatches? 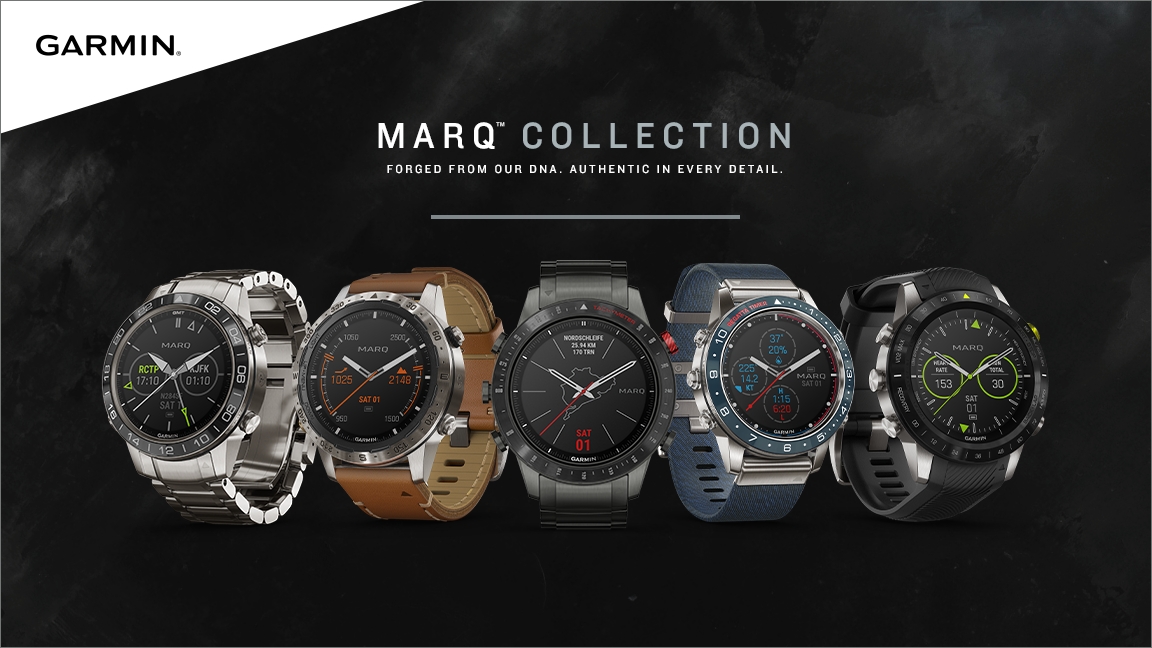 Garmin’s new MARQ smartwatches will bring new technology to the high-end luxury watch market. And it’s not just about colors and materials — there’s a distinct lifestyle each watch targets. And a distinct economic class — the cheapest of the new watches costs $1,500.

It’s an interesting move when just last week, Fitbit announced a new line of more affordable fitness smartwatches for closer to $160. Apple Watch meets in the middle at $400. Garmin’s bold move in the opposite direction would seem more like a play on the potential Rolex buyer than the Apple Watch or Fitbit crowd. The question is how many high-end watch wearers will see the new Garmin smartwatches — and the blend of features and fashion they tout — as worth the investment. All this is to say, Garmin doesn’t seem too interested in competing for the same customers that Fitbit and Apple already cultivate; they’re after the collector/luxury crowd. It’s a lot easier to imagine a Garmin MARQ worn on the cover of GQ than a Fitbit Versa.

In its own words, Garmin says “The MARQ Collection is destined for those who aspire to the lifestyles we have redefined over decades of innovation.” For a company that makes many people think of maps and navigation, does a jump into the high-end watch market make sense?

Each watch in the MARQ series offers the same baseline smart features: stress monitoring, music streaming, Garmin Pay, emails, texts, and alerts. All five watches have additional unique advanced smart features that correlate to the watches’ very specific wearer — aviation maps for the pilot, topographic mapping for the climber, or pre-loaded tracks for the racer. Even the aesthetics are branded for the lifestyle they’re named after. Garmin has really set out to make it feel like this watch is made for YOU. Or at least, those of you who drive, fly, boat, hike, or run.

Garmin even puts distinct price points on the hobbies and passions it designs each watch for. The race car driver will have to be willing to pay $1,000 more than the athlete. Likely, the road map and delta time tech in the MARQ Driver cost more to manufacture than the market-wide mastery of athletic tracking and performance measurement.

The battery life is also optimized to make you forget it’s a smartwatch, as Forbes reports the watches could require charging as infrequently as every 12 days. However, depending on your use of the watches’ features, such as GPS, you could need to recharge as frequently as every 28 hours.

If you’re looking at similar non-smart watches in the luxury market, the MARQ collection appears downright affordable. Rolex offers an $18,750 Yacht-Master II, with high-quality construction and reputation but none of the coastal charts or wind and tide information that the MARQ Captain offers. The Breitling Cockpit B50 costs $7,835 and comes closer to offering relevant features, like a second time zone and electronic tachymeter.

Here’s a quick breakdown of the MARQ line:

If you aren’t a pilot, captain, or race car driver, these watches might serve no more use than to simply make a statement by wearing them. Which puts them in good company with the extravagantly designed and priced Rolex, Tag Heur and Breitling watches of the world.

Until the next round of luxury smartwatch innovation brings us holographic communication, the Garmin MARQ collection is available for pre-order, set to ship in the next 3-5 weeks.