Solid streaming app
We recommend products and services based on unbiased research from our editorial team. We may receive compensation if you click on a link. Read More. 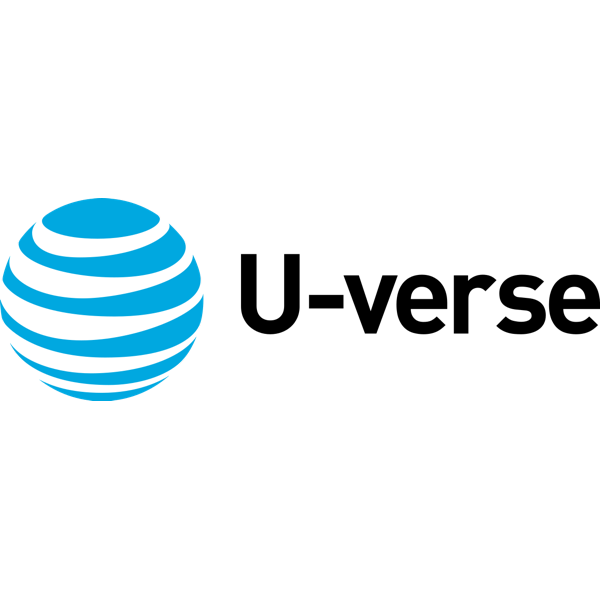 How We Reviewed AT&T U-verse

At one time, U-verse was the crown jewel of AT&T’s TV services. Unfortunately, AT&T has stopped backing it with the same enthusiasm it once did. Now that it owns DIRECTV, and with the rebranding of what used to be DIRECTV NOW as AT&T TV NOW, many believe the company is pulling the plug on U-verse in favor of ramping up its more impressive TV services. To be totally honest, U-verse’s channel lineup just doesn’t compare to other providers. If you’re set on sticking with AT&T as your TV provider, your best bet would be looking into DIRECTV or AT&T TV, since the company has plans to funnel U-verse customers into these services in the future. Both boast better price points and the reassurance that they’ll still be around a few years from now.

AT&T U-verse gives customers access to over 550 channels, 225 of which are HD channels, and lets them record up to four shows simultaneously with its HD DVR. In addition, it lets customers stream TV from anywhere using its app.

Yes, but the free HD DVR and app are two of U-verse’s only selling points. And even then, these offers come with caveats. The app is the only option for watching shows outside of your TV, as streaming is no longer supported on web browsers. And the 225 HD channels U-verse boasts are only available when you upgrade to U-verse’s most expensive U450 package and add on the HD premium tier — an extra $8 a month on top of the cost of the package. Other providers typically provide more HD channels without the added cost.

✓ Free DVR with any package
✓ App works on most devices

✗ Not the best option for customers who want a TV provider with staying power.
✗ Not great for those who want the ability to stream from all devices.
✗ Steep pricing if you want a variety of channels.
✗ Decreasing nationwide availability

*Additional charges may apply and programming features are subject to change at any time without notice.
^ Prices vary on retailer sites.

Each household receives a free HD DVR with any package (except the U-Basic). And, with the ability to record up to four shows at once, you’ll never have fights over whose favorite shows take priority.

Even though you can’t stream shows and movies at uverse.com, you can still download the U-verse app to access live and on-demand programming. It works on most devices, giving you complete access to your service while on the go. Need to keep the kids entertained on a long road trip? Stream their favorite shows directly to your tablet via the U-verse app.

At this time, it doesn’t look like U-verse will be around much longer. With AT&T’s acquisition of DIRECTV, it appears that it is emphasizing the the satellite service at the expense of U-verse. As the Dallas Business Journal reported, “the company has been aggressively moving customers over to its DIRECTV service since it acquired the company.” Whether this means that AT&T plans to reinvent U-verse or completely phase it out is unclear at this time. It also appears that AT&T wants to push streaming through and AT&T TV NOW by 2020, in an effort to shift consumers towards IPTV, internet protocol TV (streaming), and away from the satellite dish.

As far as available channels go, U-verse’s lineup is pretty subpar. Though its entry-level U-Family package boasts over 200 channels, many of these aren’t the standard ones you’d expect from a basic TV package. Your kids won’t be able to watch Adventure Time or Teen Titans Go!, for example, because Cartoon Network isn’t included in the U-Family package. You can upgrade beyond U-Family and get access to more channels, but U200 — the second-cheapest package — is $20 more per month and jumps up to $107 after the first year. You might as well go with DIRECTV’s entry-level package, which offers better channels than U200 at a lower price point.

U-verse is only available in 21 states and may even be limited to certain cities within these states. Meanwhile, AT&T’s other TV provider — DIRECTV — is available nationwide. This lack of coverage is another reason to question AT&T’s devotion to U-verse.

Most HD channels are only available on U-verse’s most expensive U450 package. And if you like watching your shows in full HD glory, then you’ll have to pay up even more. U-verse charges an extra $8 per month to access HD versions of premium channels like HBO, Showtime, and Starz.

AT&T discounted U-verse packages to make them seem more appealing. However, after the first year, some of these packages almost double in price. If you’re getting the U200 plan, expect it to go from $80 to $107 in the second year. That’s not that unusual with TV providers — DISH Network is the only one we saw that locks in your price for two years — but it’s still good to be aware before making a commitment.

Acquired by AT&T in 2015, DIRECTV is one of the largest TV providers in the US, using satellites to transmit your favorite shows and movies to your television. DIRECTV’s nationwide availability extends its reach to far more customers than U-verse. One of the things that makes DIRECTV popular is its access to NFL Sunday Ticket. By adding NFL Sunday Ticket to your package, you can watch live out-of-market football games from anywhere every Sunday. So, if you’re a die-hard Patriots fan living in California, you can still cheer on your favorite team from across the country. U-verse doesn’t offer the same exclusive programming.

Even though AT&T has acquired Time Warner Inc., Charter Spectrum will still own internet and cable provider Time Warner Cable. It’s available in 45 states and includes free HD with its TV packages. Spectrum’s cable TV service is roughly the same price as U-verse, but we thought its packages were better all around. The Silver and Gold options include premium movie channels like HBO, Cinemax, and Showtime, along with sports channels like the NFL Network. Plus, at $70 per month, Charter Spectrum’s Gold package is significantly cheaper than U-verse’s top-tier package, which goes for $135 ($155 for second year).

DIRECTV NOW has been rebranded as AT&T TV NOW and provides the most popular channels (including local networks) without the padding. It also gives you access to thousands of on-demand titles. As with standard DIRECTV, AT&T TV NOW offers fewer channels than U-verse but includes a higher concentration of high-quality networks. And unlike U-verse, you’re not locked into a contract longer than a month, and you can stream through TVs, mobile devices, and web browsers.

What’s the difference between AT&T U-Verse and DIRECTV?

The main difference between AT&T’s two TV services is in how they’re delivered to you. DIRECTV uses satellite technology to transmit TV signals into your home, whereas U-verse streams television through your internet service. DIRECTV requires more advanced installation, but we thought its channel lineup was much stronger across the board. You can read about this in more detail in our review of DIRECTV.

Do I need to buy AT&T Internet to get U-verse?

Not necessarily. You would be able to use another internet provider in combination with U-verse TV, but you wouldn’t have access to many of the extra features that come with the service. For example, DVR features would be significantly limited. You also wouldn’t be able to access the mobile app and watch TV remotely without AT&T Internet.

How long will U-verse be around for?

Most people seem to think that the end is near for U-verse. Bloomberg wrote in early 2016 that it’s no longer a priority for AT&T and will likely be shelved for good, claiming, “AT&T has stopped building U-verse set-top boxes and is nudging prospective customers toward its satellite unit.” The provider has basically said the same, too. When AT&T shuttered uverse.com in late 2017, a spokesman told the Dallas Business Journal that the company was “simply focusing [its] resources on the streaming applications that are most used by our customers.” However, when we reached out for a comment, an AT&T spokesperson told us no announcement has been made regarding the future of U-verse TV.

Formerly one of the most innovative TV services, AT&T U-verse is now fading into obscurity. Even with its free HD DVR and app, jumping on the U-verse bandwagon this late in the game isn’t a great idea. Its uncertain future, limited availability, and lackluster channel lineup point to U-verse not being worth your money or time. If you’re looking for a new TV provider to fit your needs, go with DIRECTV or a live streaming service like DIRECTV NOW.