Well-rounded options at a low starting price
We recommend products and services based on unbiased research from our editorial team. We may receive compensation if you click on a link. Read More.
Sling TV Review 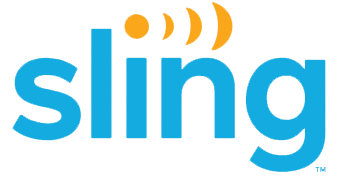 How We Reviewed Sling TV

Sling TV was the first live TV streaming service, debuting in 2015. Live TV streaming is essentially the same and traditional cable TV, except you stream the channels over the internet rather than broadcasting it through a cable box. The most important difference is who you’re getting the TV access from. Traditional cable TV providers are known for high prices, restrictive contracts, and more channels than you need. If you’re looking to escape those problems, Sling TV is for you. Sling gives you more control over the customization and channel selection, so you can pay for what you actually watch. Not always around to watch your favorite shows live? You can also purchase DVR functionality and record shows. There are a few downsides, like limited options for local channels and some restrictions on the number of screens that can view simultaneously. But overall Sling TV is a solid streaming service for smaller households.

How We Evaluated Sling

We’ve spent years researching and reviewing TV streaming services, including live services like Sling TV. To compare the many services out there, we consider the breadth of live TV channels, the quality and popularity of those channels, device compatibility, and additional features like DVR and simultaneous streams. The best for you will depend on the channels you watch the most and what your budget looks like.

Sling offers one of the lowest starting costs for live TV streaming. If you aren’t looking for much, you can purchase one of its Sling Blue or Sling Orange packages for just $25 per month. Those packages have fairly slim offerings, but if your essential channels happen to land in one of them, they're the cheapest paid packages for live TV channels. Sling's full suite of channels, the Orange & Blue package, starts at $40 per month — still a low price compared to cable or satellite alternatives. New customers may also receive a promotional offer of 40% off the first month of service.

Three packages to choose from

Sling offers three core channel packages to choose from. You can subscribe to Sling Orange, Sling Blue, or Orange & Blue. Each package comes with channels like A&E, TNT, AMC, HGTV, CNN, BBC, Food Network, Cartoon Network, Lifetime, and Epix. The Sling Orange package exclusively offers ESPN, Disney Channel, Freeform, and MotorTrend. You can also only stream one screen at a time with the Orange package.

The Orange & Blue is essentially subscribing to both packages. You’ll have access to all of Sling’s core live TV channels.

It might be difficult to choose which package will work best for your household. Sling Blue has more channels overall, but Sling Orange has some family and sports fan essentials with Disney Channel and ESPN. Going with the Orange & Blue plan might seem like the obvious option, but you'd be almost doubling the price to do that.

Things get especially weird when it comes to the number of simultaneous streams you’re allowed. Though the packages are the same price, the Blue plan allows you to stream on three screens at one time while the Orange only allows one. Even if you choose the Orange & Blue plan, the channels that belong to their respective bundles will be held to that screen count. For example, even if you’ve purchased the Orange & Blue together, you can only watch Orange-exclusive channels like Freeform on one screen at a time, while Blue channels like the Paramount Network can be viewed on three screens at a time. Though the Orange & Blue is presented as a bundle, it’s essentially just purchasing both separately with a $10 discount.

Customization without a contract

You can curate your Sling TV package to be a lot like regular cable TV, all without a contract. You can add a Cloud DVR for $5 per month. The DVR will enable you to record, pause, rewind, and fast-forward content.

If one of your favorite TV channels is missing from the Sling packages, you can likely find it in one of Sling’s add-on options. There are seven channel bundles organized by genre — sports, comedy, Hollywood, kids, news, lifestyle, and heartland. The sports add-on is $10 per month while the other extras are $5 each month. You can also purchase premium networks like Showtime and Starz through Sling, at prices varying between $3 and $10 per month.

Sling’s compatibility isn’t quite as universal as a service like Netflix, but it works with some of the most popular streaming devices. Sling often runs promotional deals with devices too. Right now, you could get a free Roku Express or AirTV when you prepay for two months of Sling TV. Here’s Sling’s list of compatible devices:

Because Sling is a live TV streaming service, you’ll still have to suffer through the same commercials as you would with cable. Pausing, rewinding, or fast-forwarding TV is only available on certain channels if you pay extra for the Cloud DVR. However, many networks have on-demand shows that you can view with fewer commercials at any time.

You won’t find many of the major broadcast networks local channels in Sling’s packages. CBS, ABC, NBC, and Fox aren’t regular offerings. In some select markets, local live Fox and NBC networks are available in the Sling Blue plan. The same goes for regional sports networks that you might get from a local cable company.

Sling TV pretty closely mirrors traditional cable TV — both have commercials, DVR options, and broadcast channels live. But with Sling TV, you have more control over which channels you have and how much you pay. There may be a few local channels missing from the lineup, but that could be solved with a TV antenna. If you’re on the fence, we recommend taking advantage of Sling TV’s seven-day trial to see whether the service suits your needs. You can read up on your other options in our full review of live TV streaming services.