We recommend products and services based on unbiased research from our editorial team. We may receive compensation if you click on a link. Read More.
Great Speeds at Reasonable Prices 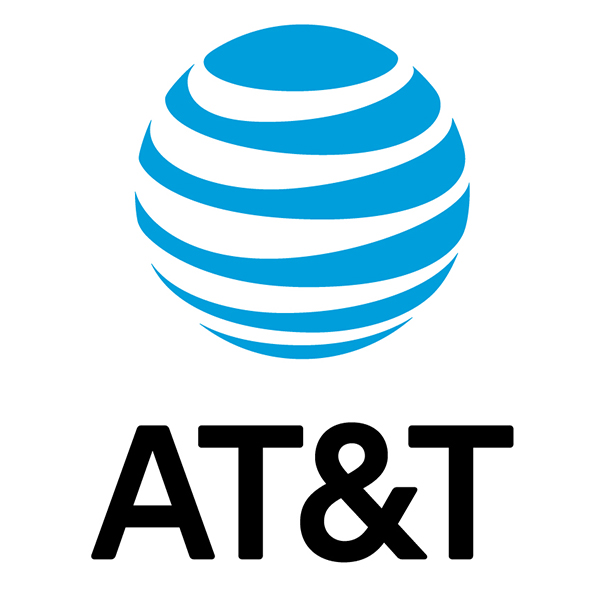 How We Reviewed AT&T Internet

With affordable broadband speeds and high levels of customer satisfaction, AT&T Internet is a solid choice for internet. To be clear — by AT&T internet we mean AT&T’s DSL service, rather than fiber. DSL may be slower than fiber, but it can compete with cable. What’s more, AT&T has upped its speeds repeatedly in recent years. Plans range from 50 Mbps to 100 Mbps (based on location), enough for a three- to four-person household to regularly stream Netflix and browse social media.

In addition to improved speeds, AT&T Internet ranks higher in customer satisfaction than other major cable companies. It helps that the company offers perks like a lofty 1 TB data allowance and money-saving bundling options. If it’s available in your area, AT&T Internet is a sure bet for good speeds at fair rates.

AT&T Internet vs. the Competition

AT&T is no. 1 in customer satisfaction compared to other major cable internet providers.

Yes — according to the 2019 ACSI Telecommunications Report, AT&T comes in second place for customer satisfaction. It falls only behind Verizon Fios — a fiber internet provider — meaning it still ranks higher than all major cable internet providers. Even as other companies slipped in the rankings last year, AT&T’s scores jumped 8%.

Fast enough for an active family

The speeds you need are largely determined by how you use the internet and how many devices you’d like to connect. If you’re a three- or four-person household looking primarily to binge-watch Netflix and surf the web, chances are you should have enough speed with AT&T Internet. Plans start at 50 Mbps, suitable for connecting around five devices at any given time. If you live with more people, or use the internet a little more vigorously, it might be worth seeing if the 75 Mbps or 100 Mbps plans are options in your area.

AT&T Internet also offers a 1TB monthly data allowance on its standalone service, more than enough for most families. In fact, you’d have to work pretty hard to use up that much data: According to Consumer Reports, a family of four would “each need to watch 104 videos per month, or more than five hours of Netflix every day.” If you’re still worried about hitting your limit, you can purchase unlimited data for an extra $30 per month, or get it for free when you bundle internet and TV.

According to the 2019 ACSI Telecommunications Report, AT&T Internet ranks as no. 2 for customer satisfaction, leading the pack over popular cable internet service providers like Optimum, Spectrum, and Comcast Xfinity. The only service ranking higher, Verizon Fios, is fiber optic internet. The report links AT&T Internet’s customer satisfaction to the expansion of its fiber service, but the company’s sales reps might also have a positive impact on its score. The reps we spoke with were kind, helpful, and patient with our questions. They also never pressured us to buy or to stay on the phone.

Setting up your internet service with AT&T won’t require much. You’ll need a AT&T’s Wi-Fi Gateway, a modem/router combination device from AT&T that is used to connect your devices to the internet. For DSL internet, you also might need line filters to connect to your phone jacks. AT&T will walk you through the specific equipment needs of your home, and professionals can install the system. The company also offers a self-installation option with a detailed guide and ample resources.

If your home needs TV service in addition to internet, you can bundle for a better price on both. Bundling AT&T internet with either AT&T’s U-verse TV or DIRECTV typically starts at around $90 per month and comes with free installation. Purchasing an individual DIRECTV package starts at 155+ channels for $60 per month. DIRECTV is a satellite service, which means it's available nationwide. It also offers some of the best options for sports fans. U-verse TV packages independently start at 25+ channels for $20 per month. With U-verse, availability will depend on your location, and so will the exact bundle offers. AT&T’s U-verse TV bundles are often an affordable way to add TV service while saving on your internet plan.

AT&T requires a 12-month contract on all of its internet plans, and there’s a prorated early termination fee of $180 if you have to cancel before the year is up. There are a few fees when you first sign up too — $35 self-installation fee and $99 professional installation. If you sign up with a qualifying bundle, the installation fee is waived. All of these things mean there's a significant commitment cost to signing up with AT&T. That's far from uncommon with internet providers, but worth thinking about it if there's a chance you might need to move or switch providers within a year.

Though AT&T Internet is a DSL service, news articles (and AT&T itself) often lump claims about this service with AT&T Fiber. This can make navigating its website and understanding the brand confusing. One big example of this conflation is AT&T claiming its internet is 99% reliable. With no way to tell if AT&T is referencing its DSL or fiber internet, it’s impossible to verify this reliability claim.

Even though AT&T rebranded its internet service a year ago, there are instances on its website that refer to AT&T Internet as “U-verse.” Although U-verse used to refer to both AT&T’s internet and television services, U-verse now only refers to AT&T TV. Still, news articles and surveys still conflate the two. This lack of clarity often causes confusion over which service is offered where. When looking into AT&T as your internet provider, it’s best to speak to a sales rep to make sure you’re getting the service you want.

AT&T Internet, like all DSL providers, delivers internet over phone lines that are already installed in your home. But because data is received faster than it sends, you may have trouble doing things like Skyping or playing games online — and the farther you are from the provider’s central hub, the slower speeds will get. Long story short: If you plan on gaming or connecting 10+ devices at once, DSL won’t cut it. You would be better served by 1,000 Mbps AT&T Fiber, if it’s available where you live.

AT&T continues to roll out fiber nationwide and, as of April 2019, the company said it was expanding to nearly 50 cities. Fiber is the fastest type of internet on the market with speeds as high as 2,000 Mbps. With fiber, you can do just about anything — like download a two-hour long HD movie in a matter of seconds — with virtually no interference. Compared to DSL speeds, which max out at 100 Mbps at the best of times, fiber-optic internet is increasingly impressive. However, even if AT&T Fiber becomes available in your city, there’s a possibility it might not be available at your home, since availability can change based on which part of the city you live in. Because DSL internet uses existing phone lines, it’s availability is much more widespread than fiber.

AT&T Internet vs. Other Providers

The second largest DSL provider in the country, CenturyLink, offers comparable speeds and pricing to AT&T Internet. CenturyLink’s plans vary from 25 Mbps (starting at $45 per month) to 100–150 Mbps (starting at $60 per month), which is ideal for bigger households who primarily want to stream Netflix, browse the internet, and check email. CenturyLink ensures customers that their prices won’t change as long as they remain with the company with a “Price for Life” guarantee. Even better: It doesn’t require a contract.

Comcast Xfinity, the largest cable provider in the US, offers relatively consistent speeds ranging from 15 Mbps to 2,000 Mbps. The company’s speeds are faster than AT&T Internet because it’s a cable service. But when it comes to customer satisfaction, AT&T Internet has Xfinity beat. The same ACSI survey that ranked AT&T Internet at number two placed Xfinity toward the bottom of the pack — sixth out of 10 providers.

Unless you prioritize hyper-fast speeds over service, AT&T Internet is likely a better bet. Xfinity pricing starts at $29.99 a month for 15 Mbps with a one-year agreement to 2,000 Mbps for $300 a month with a two-year agreement.

Spectrum is just as fast as AT&T Internet, starting at 100 Mbps for $45 per month for the first year. A few unique features help Spectrum shine: 24/7 tech support, a free modem included with service, and the promise to buy out early termination fees for your old provider (up to $500). But even with all these benefits, Spectrum still ranks lower than AT&T Internet on the ASCI Telecommunications Report, coming in fifth out of 10.

What is DSL internet?

DSL (Digital Subscriber Line) internet makes use of existing copper telephone wires to send data back and forth between your computer and the internet. Phone lines may sound like dial-up (cue that muted grumble of your computer connecting) but unlike old-fashioned dial-up, information is transmitted at a frequency separate from the one used for voice calls. This means internet use won’t interfere with your landline, and it also makes it much speedier.

What’s the difference between cable and DSL?

Cable internet tends to be faster than DSL. However, it is often more expensive. DSL is also a dedicated connection as opposed to the shared bandwidth of a cable connection. This means that, with cable, you might be subject to fluctuating download speeds as a result. That being said, cable internet is often faster and more ideal for streaming video and gaming.

Which is better: cable or DSL?

The answer to this question will depend on how you use the internet and what matters to you most. If you care more about an affordable, consistent connection and only plan to go online for email, browsing, shopping, and social media, then DSL is the better choice. If you don’t care so much about the cost or potential fluctuations in your download speed, and if you plan on gaming and streaming a lot of videos, then you’re better off with cable.

What about AT&T fiber internet?

AT&T continues to roll out fiber nationwide and, at this time, the company says it’s expanding to nearly 50 cities. Fiber is the fastest type of internet on the market. With fiber, you can do just about anything — like download a two-hour long HD movie in a matter of seconds — with virtually no interference. However, even if AT&T Fiber becomes available in your city, there’s a possibility it might not be available at your home, since availability can change based on which part of the city you live in. As with internet service providers, just because the neighborhood a few miles away gets fiber doesn’t mean yours will, too.

Is AT&T available where I live?

AT&T offers internet across 22 states, largely centered in the Southeast and Southwest. According to BroadbandNow, AT&T boasts the largest DSL coverage area in the U.S., with highest numbers in California, Texas, and Illinois.

AT&T Internet puts an emphasis on delivering quality service at prices that won’t break the bank. High data allowances and cost-effective bundling options are the cherries on top. And even though AT&T Fiber isn’t available everywhere just yet, AT&T’s push toward higher speeds and wider availability is a sign that the company is making strides to disrupt the internet-provider status quo nationwide.

What Is the Difference Between Money Market Accounts and Savings Accounts?