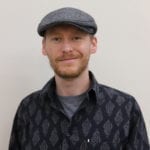 Joshua Cox-Steib
Advertiser Disclosure:
We recommend products and services based on unbiased research from our editorial team. We make money via affiliate links, which means if you click a link on our site, we may earn a commission. Any commissions we receive do not affect our recommendations; if you want to know more about how that works, read more.

Spectrum is one of the largest broadband internet providers in the United States. With three plans, Spectrum Internet prices ranging from $50 to $105 and speeds ranging from 200 Mbps to 940 Mbps. Their plans come with no contracts, no data caps or extra fees, and include a free modem rental, free access to a nationwide network of WiFi hotspots and free security software. However, unless you request self installation, there is an installation fee.

A Spectrum Internet review shows that, according to the most recent FCC internet report, the company has some of the most consistent internet speeds compared to other internet service providers (ISPs) and scored better than most in meeting or exceeding advertised internet speeds.

While the infrastructure and services provided by Spectrum have seen high ratings, their reputation with the Better Business Bureau (BBB) is less promising. The BBB gave Spectrum an F rating, the lowest grade possible. This measurement seeks to evaluate how a company interacts with its customers and can reflect a company’s customer service. On the 2020 J.D. Power ISP satisfaction survey, which questions customers about their residential ISP satisfaction, Spectrum scored average in most regions of the United States except for the east region, where it scored below average.

One of the biggest benefits of Spectrum Internet is that there are no data caps. This means users do not have to pay extra based on their usage. This is especially helpful to people who stream a lot of video content. Spectrum Internet also does not require users to sign a contract, allowing users to terminate their service at any time instead.

Spectrum Internet also comes with several free services, including access to a nationwide network of WiFi hotspots, a suite of security software and a free modem throughout the service term.

The biggest drawback to Spectrum Internet is its history of poor customer service, as evidenced by its BBB and J.D. Power reports. Spectrum’s monthly fees are also a bit higher than other cable providers. While users can purchase their own approved router, if you want a router through Spectrum, it’s an additional $5 per month for the basic and Ultra plans.

* For more details on these plans click here to learn more from our partner site, Allconnect.

With Spectrum Internet, you may request a self-install kit or pay a one-time installation fee of $50 to have Spectrum install its equipment. That’s a lower installation price than some other providers charge, and not all companies allow for self-installation. Two of Spectrum’s plans rely on cable internet and can often be installed with minimal effort, especially if the location already has coaxial lines. Spectrum Internet prices start at $50 per month for 200 Mbps, with the middle tier plan being $65 per month for 400 Mbps, and the top tier plan being $105 per month with 940 Mbps. Although it may not be intuitive, the more expensive plans charge less per Mbps of speed.

Contacting Spectrum to schedule an installation is as easy as filing a purchase request on their website  or calling the sales phone number. If you want to do the installation yourself, make sure you have the necessary equipment and request a self-installation when you speak with a Spectrum sales representative.

While Spectrum has speeds listed with each of their plans, it’s important to note these are estimates of top speeds during optimal performance. Although they are well rated for consistently delivering speeds as advertised, it is common for internet speeds to fluctuate based on traffic levels and location. So you may want to purchase a faster internet plan than you otherwise might. For instance, if you need your connection to maintain at least 400 Mbps of download speed, you might consider the Spectrum Internet Gig plan. While the Gig plan will often deliver more speed than you need in this case, it should rarely—if ever—drop below that threshold.

For simple tasks such as social media, web browsing, and other basic internet tasks, the Spectrum Internet 200 Mbps plan should be sufficient. For slightly more data-heavy tasks, such as online photo and video downloading, the 400 Mbps plan is reasonable. For intensive activities, such as streaming HD movies on multiple devices, uploading and downloading large amounts of video content, the 940 Mbps plan can be a wise choice.

How Fast is Spectrum Internet?

According to the most recent FCC report on ISP speed scores, a majority of panelists reported that most of the time, Spectrum (listed as Charter on the report) internet speeds were higher than 95% of the advertised speed. According to this same FCC report, Spectrum maintains among the most consistent internet speeds across time and geography. On latency, Spectrum scored slightly higher than average. The final part of the FCC report shows that, compared to other ISPs, Spectrum showed minimal packet loss. Overall, this is good news for Spectrum customers, as it shows Spectrum can deliver on their advertised speeds.

Unlike many ISPs, Spectrum does not have data caps placed within their plans. This means there is no limit to how much data you can download and upload. The average American household uses 344 gigabytes per month. With many ISPs, it’s necessary to either pay extra for unlimited data or pay overage fees any time you go over your monthly data allotment.

Reviews.com: Who is each plan best for?

Spectrum offers residential broadband cable internet coverage in 41 states and fiber internet to businesses in 41 states and 32 metropolitan areas. As with all ISPs, the speed of Spectrum internet plans varies by location. In general, urban areas with more modern infrastructure experience higher speeds and greater consistency of service. This is a result of the speed with which infrastructure problems are addressed and how many alternative lines of communication exist within an area. However, rural areas are often capable of high-speed connections, but remain more vulnerable to internet disruptions.

Spectrum Internet plans come with several extra features. Each plan includes a rental modem free of charge, meaning you have to return the modem when your plan ends, but you don’t have to pay to use it. Customers gain access to Spectrum WiFi hotspots for mobile internet in public spaces. Each Spectrum account also gives you access to up to six Spectrum email addresses and to the Spectrum security suite software, which includes antivirus and other computer monitoring programs.

While having speeds of 940 Mbps is convenient, the average American family will do excellently with the 200 and 400 Mbps plans. The average internet speed in America is around 124 Mbps and falls well below Spectrum’s slowest plan. However, as long as your connection is above 25 Mbps consistently, your network should be able to handle most basic internet activities.

For homes with only one to five devices and one to two regular internet users, the 200 Mbps plan is excellent. For larger households and more devices, the 400 Mbps plan is recommended. At the end of the day, though, the best plan for your family will depend on your household’s use. It can be wise to start with a slower plan and upgrade speeds with that provider if it becomes necessary. Just make sure that faster speeds are available for your location before you commit to such a strategy.

Spectrum Internet plans have no data caps, no contracts, and come with a free modem rental. Spectrum broadband internet is widely available, with a presence in 41 states. Three plans are offered, ranging in price from $50 to $105 with speeds ranging from 200 Mbps to 940 Mbps. The first two plans use cable internet while the third, highest speed plan, uses fiber.

Spectrum delivers quality internet at a variety of speeds, scoring well with the FCC on actual speeds versus advertised speeds and consistency of speed. This same report highlights that Spectrum has above average latency and below-average packet loss. However, based on Spectrum Internet reviews, the company has a reputation for poor customer service and average customer satisfaction, as can be seen on the BBB and the J.D. Power reports. Nevertheless, their product exhibits many signs of quality, and the lack of any contract makes cancellation easy.

What is Spectrum’s best plan and how much does it cost?

Spectrum Internet Gig is the plan that delivers the most speed. Because it uses fiber, users will experience lower latency issues than with other plans. For those who want the absolute most of their internet, this is the best plan, but it is also the most expensive at $105 per month.

Where is Spectrum available?

Spectrum broadband internet is available in 41 states across the United States. Further, Spectrum offers fiber internet to businesses in 41 states and 32 metropolitan areas. However, speeds and plan availability vary by location within these locales.

Joshua Cox-Steib is a home security writer for Reviews.com. Over the last year, he has covered home security equipment, home internet providers, and more. He has been featured in bankrate.com, coverage.com, thesimpledollar.com, among others. He holds a bachelor’s degree in Sociology from the University of Tulsa. The Best Internet Providers in 2020 is Joshua’s favorite review on Reviews.com.

The Best Internet Providers in 2021