Mercury Insurance Ends Legal Battle For $41 Million. Are You Being Charged Illegal Fees?

Mercury Insurance Company’s 20-year legal battle with the California Department of Insurance over fees charged to consumers has finally come to a $41 million conclusion, according to California regulators.

The record-setting payment comes after the California Supreme Court refused to review Mercury’s case regarding broker fees in August, causing Mercury to pay the $27.6 million penalty as well as $8.1 million in interest. Mercury also agreed to settle a second, untried, phase of the lawsuit over false advertising for almost $5.5 million.

“Today is a testament to the tenacity of the Department of Insurance team who won this in court and kept the pressure on Mercury, which profited by skirting the law and taking advantage of consumers,” Ricardo Lara, California Insurance Commissioner, said in a release. Still, Mercury hasn’t admitted it did anything wrong.

Throughout the legal fight, which started in 1998, California regulators argued that Mercury was illegally allowing salespeople to charge broker fees (typically from $50-150) on top of CDI-approved premiums, giving a major incentive for salespeople to recommend Mercury, even if the fee made the policy more expensive for the consumer than another insurer’s policy.

These fees were paid to those making the sales, but Mercury’s business benefited greatly from the boosted sales. In fact, Mercury’s largest independent agent, Auto Insurance Specialists, placed approximately 90% of its California auto insurance business with Mercury during the timeframe in question.

Throughout the legal battle, there has been a central question: Were the people selling Mercury Insurance acting as insurance brokers or as insurance agents? This also raises an important distinction for consumers to be aware of when shopping for insurance because it largely determines whether the fees you’re paying are legal.

The specific laws that determine the difference between an agent and a broker, and what are acceptable fees, are up to each state, so be sure to reference your state’s laws. There can often be a gray area, but there are general standards that help to separate the two functions.

In the state of California, a salesperson acting as an agent cannot charge a broker fee. If you are working with an insurance salesperson that appears to check all of your state’s boxes as an agent, but they are charging an additional broker fee, it is a good idea to confirm whether this fee is legal with your state’s insurance department.

An insurance broker represents an insurance customer and will generally charge a fee to that customer. This fee will be in addition to the premium charged by the insurance company. Brokers may have relationships with certain insurance companies, but their essential function is to weigh all of the customer’s options in terms of price and coverage, and make a recommendation based on the best choice for the consumer, rather than their own relationship with the insurer.

In California it is not illegal for an insurance broker to collect a commission as well as a fee, but we weren’t able to confirm whether or not Mercury agents were also earning a commission on top of these fees.

When you’re shopping for car insurance, deciding whether to use an agent, a broker, or compare quotes on your own is up to you. Agents and brokers alike can offer personalized advice that may be useful for first-time buyers or consumers with complex circumstances. No matter which option you choose, it’s important to be aware of the incentives in place for the person you’re working with and which costs are involved for you. 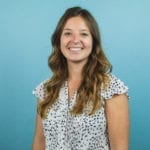 Samantha Kostaras is an insurance reporter who covers personal finance and insurance. After a degree in finance from the University of Alabama and stint at Morgan Stanley, she worked as a financial analyst before becoming a journalist. Her writing has appeared in The Simple Dollar, Reviews.com, Coverage.com, and elsewhere.