The streaming service that started it all
We recommend products and services based on unbiased research from our editorial team. We may receive compensation if you click on a link. Read More. 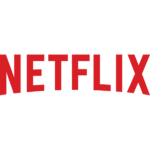 How We Reviewed Netflix

Netflix was one of the first major streaming services on the market, and it continues to dominate. With over 420+ original films and a large selection of 4K content, it has the best movie library for most people. You can watch Netflix on nearly any device and download shows for offline viewing. Plus, each person in your household can create their own profile, including a kid-orientated option for parent controls. Overall, Netflix is a strong edition to any entertainment setup.

Netflix vs. Other Streaming Services

How We Evaluated Netflix

Usability, compatibility, and value were all taken into consideration as well. You can read more about our methodology and logic behind the review.

You’ll never run out of things to watch with Netflix’s massive catalog of movies and shows — especially with new original content being added on a monthly basis. As individual networks continue to pull licensed shows into their own streaming service, original content is increasingly important for maintaining value. Netflix smashes the competition when it comes to investing in original content. According to Variety, Netflix spent $12.04 billion on content in 2018. Quartz calculated that about 90,000 minutes of original content was released on Netflix last year.

Netflix’s rate of release hasn’t affected the quality of its content. Shows like “Stanger Things,” “Queer Eye,” and “Black Mirror” dominate pop culture conversation. At the 2018 Emmy awards, Netflix was the first network (in 17 years) to beat out HBO in nominations. Regardless of your interests — horror, romantic comedy, sci-fi, drama, action — there is plenty of exclusive and high-quality content to binge on Netflix.

For anyone who owns a 4K TV, Netflix is your best bet for streaming 4K shows and movies. Netflix currently hosts around 600 “Ultra HD 4K” titles — nearly eight times more than its closest competition. If you don’t own a 4K TV already, there’s a fair chance you will in the near future — the digital world is advancing, with 4K devices becoming less expensive, and early adopters already talking about 8K. Netflix’s dedication to keeping up with technology is a huge perk for consumers and an encouraging indicator that Netflix is here to stay.

When testing, we had no trouble navigating Netflix’s interface. It offers separate profiles for each family member — including a parent-controlled “kids” setting that curates the content for young viewers. You can also download many of Netflix’s shows for offline viewing.

You’ll have an entire month to try out Netflix’s services yourself. Some other services only grant a week before you have to either cancel or cash in. 30 days should be plenty of time to determine whether Netflix can fulfill your entertainment needs. And if it doesn’t, you can cancel anytime.

Netflix’s breakdown of its pricing structure.

When compared to other streaming services like Amazon Prime Video or Hulu, you might find Netflix’s prices a bit steep. Though its “Basic” plan is only $9 per month, it’s strictly SD streaming. Television shows haven’t aired in SD since 2014 — and you’d be hard-pressed to find a new SD TV these days. For a few more dollars, you can upgrade to HD and allow two screens to simultaneously stream. If you’ve cut the cord in your home and live with quite a few streamers, you may need the “Premium” plan. It’s important you keep this feature in mind when sharing your passwords with other people who don’t live with you — it’d be a real bummer if you couldn’t watch “Bird Box” on a Friday night because your sister’s boyfriend was rewatching “Arrested Development” in his dorm room.

Netflix is starting to lose some of its most-watched content. When Netflix’s contract for “The Office” ends in 2020, the show will be moving to NCCUniversal’s upcoming streaming service. Similarly “Friends” will go to WarnerMedia’s new HBO Max streaming service in early 2020. According to Vox, “The Office” and “Friends” are Netflix’s two most-viewed shows by a large margin. Netflix currently hosts a large percentage of licensed content, and if other networks continue to launch their own services we may see many favorites leave Netflix.

Netflix isn’t suited to true cord-cutters who may be looking for a way to still catch a few popular cable channels. You won’t find many network shows or recently aired specials. There’s no way to watch TV live or even the day-after — like Hulu. There are plenty of other streaming services available to you if you’re looking for live viewing.

The best streaming service for you will depend on your entertainment preferences. Netflix does a good job of catering to a wide variety of tastes, and we’d recommend at least utilizing the free trial. With over 6,500 titles, the service is bound to keep you busy. To compare a full suite of streaming options, check out our full reviews of the best TV streaming services and movie streaming services.