After hitting a peak of 30,000 serious crimes in 2002, Cincinnati’s crime rate is finally decreasing. That doesn’t mean they’re low, however: According to Neighborhood Scout, Cincinnati residents still have a 1 in 22 chance of being a victim of property crime (more than double the national average). If you live in the city, a home security system can make all the difference in reducing the chance of a crime occurring on your property.

This can be an ever-present concern, especially for those living in the Midwest. According to a Reviews.com survey, 73% of Midwesterners polled said they have never owned a home security system. To find the best providers of home security in Cincinnati, we dug into the nation’s largest providers and compared customer service ratings, technology offerings, and ease of use. All four of our top picks are safe bets, but choosing the best security system for you will depend on your personal priorities.

Vivint is our pick for smart homes and high-tech automation. And if you prioritize customer service, or if you require lots of information and support, we recommend Frontpoint. If you’re looking for a company that can ward off criminals on brand reputation alone, ADT is for you. Finally, if you want a hassle-free security solution you’ll be served best by SimpliSafe.

How We Found the Best Home Security Systems in Cincinnati

On our hunt for the best home security systems in Cincinnati, we found eight of the nation’s most popular home security providers that offered professional monitoring and four levels of fundamental protection:

Once we found systems with all the essentials, we tested them out for ourselves. First, we vetted their customer service while customizing, ordering, and installing each system. Then we lived with the security systems in our own homes, noting any issues and keeping a pulse on how easy it was to integrate the system into our lives. The best home security system will offer a range of equipment options, be simple to use, and come from a company you can trust. After eight months, we found four favorites that excel in different ways. For affordable smart homes and high-tech fanatics, we recommend Vivint. Automating your home is cheaper with Vivint than both Frontpoint and ADT since you won’t need to upgrade to more expensive tiers to freely customize your equipment. Because of Vivint’s dedication to innovating technology (it even has a solar panel division of the company), its equipment and integration are best for customers who want advanced home automation.

Vivint’s one downside is that you’re forced to make a choice between two extremes when building your equipment package. Either buy all of your equipment upfront (a charge that can exceed $500 easily) and enjoy a month-to-month contract or sign a 42 to 60-months contract to save on immediate charges. Five years is a long time if you aren’t living in a home you’ve purchased. If you’re still just shopping around and considering a home security system, we’d recommend Frontpoint instead, which allows you the luxury of a trial period before you commit to equipment or long contracts. Unlike any of our other picks, Frontpoint offers a 30-day trial, perfect for anyone hesitant to commit to a home security system. That customer-first approach was evident throughout our experience. Every interaction we had with Frontpoint was informative and made us trust our home’s security. When our tester first called to order, the representative asked detailed questions about the home’s layout, any safety concerns, and budget constraints. The entire conversation assured our tester that the system was customized to their needs.

This detailed level of customer service is especially important considering that Frontpoint is the only one of our top picks to require DIY installation. This may be a daunting proposition for less tech-savvy homeowners, but Frontpoint makes it as easy as possible. It only took us about thirty minutes using the mobile site. Frontpoint carefully walks you through every step of the process, and if you stumble at any step there are extensive online guides, tutorial videos, and help lines.

You’ll have to upgrade to the “Ultimate” plan to get video surveillance. After a $150 false alarm fee, our tester wished they’d sprung for Ultimate — with video cameras, they could have seen if the alarm was real and deactivated it remotely. If video surveillance is one of your main priorities, you may find it cheaper with Vivint, although you’ll sacrifice some of Frontpoint’s excellent customer care. If you’re looking for a company with serious credibility in the home security game, ADT is for you. Since its inception in 1874, ADT has amassed more than six million customers and instantaneous brand recognition — if you see that blue octagon, you know a house is protected. ADT’s long-standing customer loyalty speaks to its trustworthiness and its dedication to staying current in home security.

ADT has made a concerted effort to improve its customer care. In J.D. Power’s 2019 customer satisfaction survey, ADT scored a 3/5. Our own experience was mixed. During the initial phone call to set up service, our tester noted, “My needs drove the conversation. And once I finally had the quote, [the sales rep] explained the purpose behind each device I was receiving.” But when it came time to install, the technician had issues connecting the command hub to the internet network. After the technician installed a new type of command hub, our tester found a surprise $190 additional charge on their bill.

Beyond customer satisfaction, ADT’s technology options are fairly impressive. It even offers home automation and smart features, although you have to upgrade to one of the top two tiers of service to access them for $44 to $52 monthly. Vivint, by comparison, lets you build your equipment package for a cheaper monthly base of $40. But if ADT’s reputation is worth that upcharge, know that its automation offerings are just as advanced, boasting features like a Vacation Mode that will arm the system, keep a steady temperature, and trigger random lights to suggest someone’s home.

Whether you want to keep your system simple with a keypad and door sensor or automate a smart house with thermostats and cameras, ADT has something for everyone. 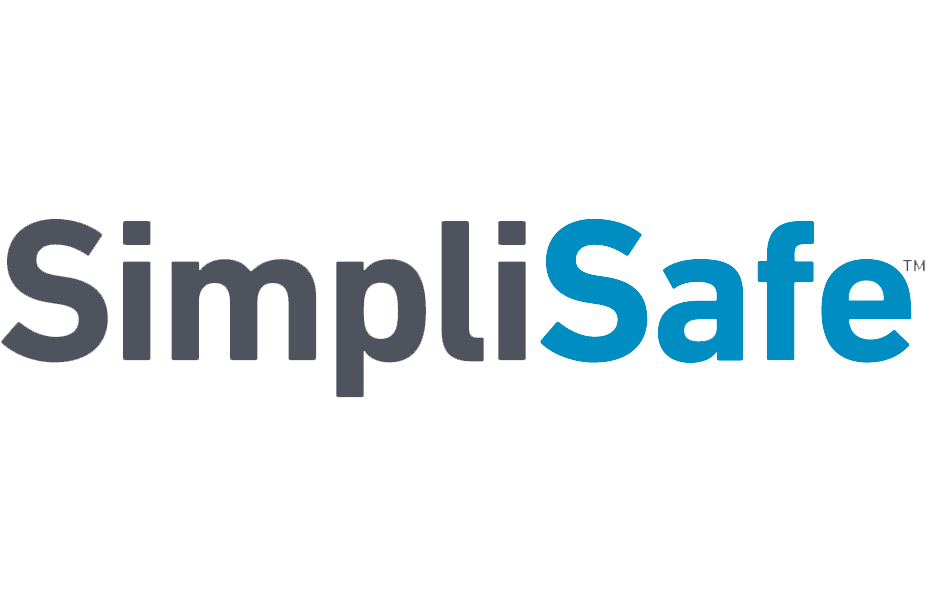 SimpliSafe is a rising underdog in the home security sector. Its no-contract options and updated equipment help it hold its own against industry heavyweights like Frontpoint and ADT.

Simplisafe users interested in DIY monitoring need only purchase their equipment and tackle the straightforward drill-free setup, while those who opt for the professional monitoring and 24/7 live alarm service can choose from five package options, starting at $15/ month. You can cut your startup costs even more by opting for a refurbished Simplisafe system.

If you aren’t happy with your Simplisafe system after 60 days, Simplisafe will issue you a full refund, complete with return shipping costs.

One caveat to bear in mind when choosing Simplisafe: their included security camera can fall a little short when it comes to indoor and outdoor cameras but it still provides free streamable HD video and audio, 30 day-storage, and night vision.

Each year more and more companies throw their hats into the home security ring, in competition for the privilege of keeping you safe. As such, many Americans are looking to address the security concerns they face. Conducted during the summer of 2019, Reviews.com polled U.S adults to share their considerations, thoughts, and concerns regarding home security.

Almost half of U.S adults surveyed answered the biggest barrier to security system ownership is cost; when factoring income into it, the percentage rose to 53% for those making $40,000 or less, and 49% for people making $40,000-$80,000. Something to consider is age as well, with 18% of those aged 18-34 expressing concern about being a victim of burglary, as opposed to older adults aged 35-54 and 55+, with only 15% and 9% of each respective age group feeling that way.

Guide to Home Security in Cincinnati

Though large cities like Cincinnati tend to mean steeper crime rates, it’s possible your local neighborhood is much safer. Doing some research on local crime profiles can help you make informed decisions when designing your home security system. Certain parts of the city are safer than others; you can use this local crime map to check your neighborhood for reports of theft, violence, traffic incidents, and registered sex offenders.

If you have an alarm system in your home, the city of Cincinnati requires you to register the system. This is a requirement in pretty much every city, and you could face steep fees for avoiding it. Simply fill out a form and contact the department for further instructions. There may be a registration fee of about $50 — a fair price in the face of up to $800 for a false alarm on an unregistered system.

Your options don’t end with the nationwide systems; there are many local companies that offer great security. Typically, a smaller corporation has the resources to provide exceptional customer care and quality control. Since these smaller companies typically aren’t rated by J.D. Power or other independent rating agencies, we’d recommend asking neighbors, family, and friends about their security systems to gauge satisfaction. To start your search, we found the four most popular home security companies in Cincinnati from consumer reviews on Yelp and Angie’s List.

How much does a false alarm cost in Cincinnati?

In Cincinnati, 95% of burglar alarms are false. According to city records, each false alarm call takes about three and a half hours for officials to deal with, which wastes time and resources. As such, the False Alarm Reduction Unit has implemented a new system in an attempt to crack down on costly false alarms and repeat offenders.

First, you must register your security system with the False Alarm Reduction Unit. The application fee is $50, and all that’s required is a simple form that you fill out and mail in. The small fee is worth it: If there are any false alarms on an unregistered system, the fine can be as much as $800.

Once your system is registered, you’ll get two false alarms without penalty. The third will be a $50 fine, though that can be waived if you attend an Alarm User Awareness School.

Subsequent offenses, however, are less forgiving, and the $50 fine increases incrementally from there. If you have 11 or more false alarms in one year, you’ll be fined $800.

Cincinnati’s crime rate is far above the national average, although this isn’t surprising given how large the city is. The good news is that the city is getting safer. Between 2002 and 2018, the City Data crime index dropped significantly from 777 to 518. About 76% of these crimes are forms of theft and burglary, such as package theft, of which one-third of Reviews.com survey respondents reported being a victim. In light of this, we highly recommend citizens to consider providers of home security in Cincinnati with video surveillance and doorbell cameras to catch and deter theft.

Within Ohio itself, Cincinnati isn’t even the most dangerous city, coming in sixth after cities like Dayton and Cleveland. This is an impressive feat, especially considering Cincinnati has the second-highest population.

The Best Home Security Systems in Cincinnati: Summed Up