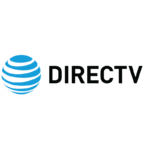 How We Reviewed DIRECTV

DIRECTV offers six TV packages, 330 channels, and no installation or equipment fees for your first two rooms. Like most TV providers, you have to sign a two-year contract, but while some lock in your rate for the entire term, DIRECTV raises your rates after the first year unless you bundle with AT&T’s internet and phone service. So if your budget’s tight, you may want to consider a cheaper option like DISH Network. But if price isn’t a big concern, DIRECTV is the way to go. It consistently outscores DISH Network and most other major cable providers in customer satisfaction surveys.

DIRECTV Packages at a Glance

DIRECTV has been rated highest in customer satisfaction above cable TV providers for 18 years running.

Yes. According the 2019 ACSI Telecommunications Report, DIRECTV ranks fourth in customer satisfaction — coming in behind Fios and U-verse. However, because Fios and U-verse use fiber-optic rather than coaxial cables to transmit television into homes, DIRECTV is rated higher than all cable TV providers. Additionally, DIRECTV garners the highest J.D. Power rankings in the South (749) and West (713) regions in customer satisfaction.

There are many reasons DIRECTV consistently ranks high in customer satisfaction. Sports fans will love it for NFL Sunday Ticket, a DIRECTV-exclusive package that gives you access to every live out-of-market game. We also like that it offers 4K programming and lets you stream TV from any device with the DIRECTV app. With such a high rating, DIRECTV is a good bet if you’re looking for a huge channel selection and impressive tech.

With 4.7 out of 5 stars in the iTunes store, DIRECTV’s app is one of the best for streaming entertainment on the go. You can watch live TV, shows you’ve recorded on your DVR, and on demand titles anywhere with an internet connection. Forget to DVR your favorite show? Schedule a recording in the app, and it'll be waiting for you when you get home.

DIRECTV is the exclusive provider of NFL Sunday Ticket, a sports package that gives you access to every live, out-of-market game, every Sunday. The NFL Sunday Ticket 2019 season is free for new customers with the Choice package and above. Existing customers can either pay per month or pay upfront for the entire season.

DIRECTV offers over 200 live HD channels as well as many 4K movies and shows available on demand. 4K Ultra High Definition is the latest revolution in TV, offering the best picture quality currently available. DIRECTV includes HD and 4K programming with all of its packages, but the number of HD channels varies by package. You will need to upgrade to a higher tier to access a larger variety of HD channels. (Note: To access 4K channels, you need a 4K TV.)

If you miss your favorite show, you don’t have to wait for it to be posted online. With your HD DVR, you can immediately start any program that aired within the last 72 hours on over 60 networks. And, with the Restart feature, you can restart a live show with one click instead of waiting to catch the beginning later.

A major perk of going with a satellite TV provider is the high-tech equipment that comes along with it. DIRECTV sends out a professional technician that will provide and set you up with all the necessary equipment including the remote, receiver, and of course, the satellite. Although the satellite can be somewhat of an eyesore, DIRECTV makes up for it through free installation and its cutting-edge DVR. DIRECTV’s Genie HD DVR lets you record up to five shows at once and store up to 200 hours of HD TV and movies. If you have more than one TV in your home, you can start a program on one TV and finish it on a different one. And if you have the DIRECTV app, you can access your recorded programs wherever you are.

If you’re in the market for a new wireless plan, you can bundle your DIRECTV service with an eligible AT&T Unlimited Plus Enhanced plan. This is a convenient option if you want to keep your utilities on a single bill. Plus, bundling services is easier on the wallet — it can save you up to $15 per month.

DIRECTV has maintained a steady reputation over the years for having industry-leading customer service. As stated on the company’s website, DIRECTV is enjoying its 18th year running in leading customer satisfaction over every cable provider — an impressive feat in an industry that’s typically lacking in this regard. However, it’s worth noting that DIRECTV did take a slight dip this year in J.D. Power’s Satisfaction Study in Customer Service, falling from a 4/5 last year to a 3/5 in 2019.

DIRECTV can be more expensive than other TV providers. Like DISH, all of DIRECTV’s offers require a two-year agreement. As you would expect from any lengthy contract, there are some hefty early termination fees attached: $20 per month for each remaining month on the agreement. With early termination fees being fairly standard in the industry, this isn’t the biggest red flag; however, DIRECTV has a steeper price hike than most of the industry. Though pricing for new customers is competitive for the first year, you will see your bill go up in your second year of service. For example, if you choose to go with DIRECTV’s entry-level Select package, your monthly price will double after the first 12 months. And because you’re locked into a two-year contract, you can’t cancel after your first year without paying that early termination fee. It’s also worth noting that you’ll likely see some additional taxes and regional fees on your bill. These fees can exceed $15, especially if you purchased a more expensive package. If cost is a concern, you may want to check out AT&T NOW, the company’s new streaming service that lets you access live and on demand TV with no annual contract.

All satellite TV service is at risk of interruption during major storms. This doesn’t mean you’re going to lose service every time there’s a little bit of rain, though; DIRECTV advertises 99% signal reliability.

What's the difference between the DIRECTV app and DIRECTV NOW?

If you’re a DIRECTV customer, the DIRECTV app lets you watch live TV, recorded shows and on demand titles from your mobile device. (Mobile access is included with your DIRECTV service.) DIRECTV NOW is a live streaming service that’s separate from DIRECTV. It’s a no-contract alternative that offers a wide variety of plans at lower prices. DIRECTV NOW shares many features with traditional DIRECTV plans, like an on demand library and 72 Hour Rewind. You can access DIRECTV NOW from a dedicated app, your web browser, or your streaming device of choice.

What does DIRECTV offer cord cutters?

Cord cutting has been widely touted as the new national pastime as online streaming services beef up their capabilities and entertainment lineups. And while the trend is real, the percentage of U.S. households with traditional TV service has actually dropped only 10% over the past decade. So what’s keeping traditional TV in nine out of 10 homes?

Can I get DIRECTV for my RV?

Yes. Because DIRECTV is a satellite TV service, you can get it almost anywhere. You can get DIRECTV for your car, RV, boat, or even private plane. This means your favorite shows can come along wherever you go.

Can I stream NFL Sunday Ticket?

Yes. You can stream live, out-of-market games using the NFL Sunday Ticket app. It also gives you access to features like video playback, player alerts, and real-time stats. Want to watch a game at your friend’s house? If they have Apple Airplay or Chromecast, you can stream games from your app to their TV.

Most consumers will need to sit down and choose between cable or satellite at some point. As it turns out, each has its advantages. Cable television travels into your home through a coaxial cable connection. Availability is usually limited to more populated cities and towns, requiring more infrastructure than is usually available in rural areas. Comparatively, satellite television covers a larger area and can reach homes outside city limits because it transmits TV signals via satellites orbiting the earth. If you fall into the latter category, DIRECTV and DISH will likely be your only two options; and as DISH continues to work its way through some major contract disputes, DIRECTV stays on top with its immense amount of premium channels.

For those who have both options available, most people typically defer to to cable television as it’s the more reliable and cost-effective route. However, if you’re strictly looking for premium sports packages, DIRECTV is the unmatched top option. But it’s important to keep in mind that satellite TV is much more spotty when it comes to connectivity as it’s directly affected by weather. Since there’s absolutely nothing worse than your service going out in the middle of overtime during the Super Bowl, it’s worth asking how important premium sports channels are to you.

Though it can be more expensive than other providers, DIRECTV is worth the investment for sports fans and TV buffs, thanks to its huge channel selection, access to out-of-market NFL games, and advanced DVR. Its highly rated app is an added bonus, perfect for watching your favorite shows anywhere.