Guide to Cord-Cutting: 9 Ways to Watch TV Without the Cable Bill

Should I Bundle My Homeowners and Car Insurance?

How Much Does Homeowners Insurance Cost?

Guide to Cord-Cutting: 9 Ways to Watch TV Without the Cable Bill 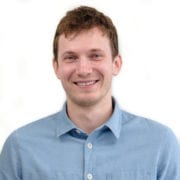 The average cable bill in the U.S. costs $107 per month. We’re here to tell you there’s a better way. By taking simple steps like switching to a live streaming service, using a TV antenna, or taking advantage of free TV options, you can drastically cut that bill down, if not eliminate it entirely.

1. Set up your TV for streaming

If you bought a TV in the past few years, there’s a good chance it came with streaming apps such as Netflix and Hulu built right in. Unfortunately, it might not have the ability to download some of the newest apps you need to rely on streaming completely. If your TV falls into this camp, your best bet is to purchase a TV streaming device like Amazon’s Fire TV or Roku. They run for about $50, plug right into your TV’s HDMI port, and typically have more user-friendly interfaces than smart TVs. With rare exceptions — see Amazon’s ongoing feud with Google — you’ll be able to access just about every streaming app through these devices.

2. Use a live streaming service

Live streaming services such as DIRECTV Now and YouTube TV stream nearly all the same TV channels you get in a cable package for around $40 per month. And if you’re really looking to save, skinny bundles from companies such as Philo and Sling start as low as $16.

You’ll still have to pay for internet through a traditional internet service provider, but in most cases, switching to a live streaming service will save you about $50 per month.

Will I still be able to watch sports?

Yes. Our favorite packages from DIRECTV Now, PlayStation Vue, YouTube TV, and Hulu with Live TV all include just about every channel that airs major live American sports. Each of them come with “the big four” local networks (ABC, CBS, NBC, and Fox) along with regional sports networks so you can catch your local NBA, MLB, and NHL games. In our evaluation, we found that live streaming services aired just as many games — and in many cases more — than most cable packages.

4. Sign up for an on-demand service such as Netflix or Hulu

If live TV isn’t as important to you — or you just want to supplement it — on-demand services such as Netflix, Hulu, and Amazon’s Prime Video provide great value for a relatively small monthly fee. They cost around $10 per month, and allow anywhere from 2-4 streams per account, so different people in your family can watch their own videos at the same time.

In addition to the Netflixes and Hulus of the world, we found 11 free streaming services that let you watch movies and TV without paying a dime. Most rely on ads to keep the lights on, but others, like Kanopy and Hoopla, work with your local library to bring you an impressive streaming catalogue of movies. Others, such as Yahoo View and Pluto TV, let you watch live TV channels and on-demand shows from ABC, NBC, and Fox.

Just about every TV streaming service out there allows you to have at least two simultaneous streams going at once, and some, such as PlayStation Vue, go all the way up to five. And if someone you know subscribes to cable TV, you can usually use their account to log in to that company’s mobile TV service. Most cable channels also have standalone apps that can be accessed via a cable account.

While this practice is widespread — one study estimates that 26 percent of millennials use the password from someone else’s TV streaming account — it’s not explicitly allowed by streaming services. Netflix, for example, states in its terms of service that passwords “may not be shared with individuals beyond your household.” That said, no one seems to be particularly concerned about it. Netflix CEO Reed Hastings said in 2016: “Password sharing is something you have to learn to live with, because there’s so much legitimate password sharing, like you sharing with your spouse, with your kids …. so there’s no bright line, and we’re doing fine as is.”

Almost every TV channel has an app with on-demand content these days, and a lot of them don’t require a cable account to access. You’ll usually just have to wait a little bit to access the most recent episodes. On ABC’s app, for example, you’re able to watch popular shows such as “The Bachelor,” “The Good Doctor,” and “Modern Family” one week after they initially air.

It’s true: Your grandma was a cord-cutting pioneer. TV antennas don’t cost anything to use, and you’ll get access to the four most desired channels for live TV viewers — ABC, CBS, Fox, and NBC — plus PBS and The CW, all in HD. Indoor antennas will generally suffice for most houses, and can be purchased for as little as $20, while outdoor and higher-end indoor antennas can run closer to $60 or more. There are also a number of antenna products hitting the market now such as the AirTV and Amazon’s Fire TV Recast, which let you stream and record local channels straight to your streaming device of choice.

To find the right antenna for your situation, you’ll need to do a little legwork, but we think it’s well worth it. We lay out all the steps in our Guide to TV Antennas.

9. Rent from the library

While the library provides amazing streaming content through Hoopla and Kanopy, it’s still pretty great for physical media, too. What’s more, it tends to fill in the gaps that streaming services are often missing. At the time of writing, Netflix only has 49 movies and TV shows that were released before 1970. The library can be a great resource for these classic movies you might struggle to find through streaming services.

Will I be able to stream things such as awards shows and State of the Union addresses?

Almost every major TV event happens on one of the “big four” networks. Fortunately, these are some of the easiest to access. Most live streaming services include ABC, CBS, NBC, and Fox, and they’re all accessible for free through a TV antenna as well.

Streaming them for free is a little trickier. If you know someone who pays for cable or live streaming, you can use their credentials to log into the network’s standalone app and watch the broadcast live. In many cases — such as State of the Union addresses or major breaking news events — networks will also stream them for free on their websites and social media pages.

As for awards shows such as the Oscars, they’re generally behind a paywall on the broadcaster’s app, so you’ll need to subscribe to that directly, pay for a live streaming service, or use a TV antenna. If you’re in one of the nine markets with access to Locast, you can also use that to tune in.

How can I stream sports for free?

A TV antenna (or Locast if it’s available in your area) is the best way to get most live sports for free. The biggest games almost always air on local networks: most NFL games, playoff and primetime NBA games, and every major college football game. That will suffice for a lot of casual sports fans, but if you’re looking to follow your local team or favorite sport more closely (or from out of state), you’ll need cable channels. The cheapest way to get them is through a live streaming service; we go over the best options for sports fans here.

What internet speed do I need to stream?

According to the FCC, you’ll need about 3 to 4 Mbps to stream in standard definition, 5 to 8 Mbps for HD, and 25 Mbps for 4K video. Keep in mind, that number will need to go up for every device that’s using the internet at one time. To see what kind of speeds you’re currently getting, use Ookla’s Speedtest.net to test your connection. If your speed’s not where you’d like it to be, the right router or Wi-Fi extender can improve your situation without upgrading to a more expensive plan. Finally, gaming can tax your internet connection as well; check out our Gamer’s Guide to Internet Speed to find your ideal speeds.

Watching pirated video in the U.S. is a little like jaywalking: ubiquitous yet difficult to enforce. One study from MUSO showed the U.S. led the world with 27.9 billion visits to pirated sites in 2017.

The legality of streaming is still somewhat ambiguous, but most sources agree it’s legal for now. The Intellectual Property and Technology Forum at Boston College Law School concluded in 2015, “In short, the answer to legality of watching streamed, unlicensed television content is that it remains legal, although likely not for long.” (Congress introduced Bill S.978 in 2011 that would have made unauthorized streaming a misdemeanor in 2011, but it was never voted on; there’s been no new legislation since then.) Attorney Stephanie Rabiner wrote in 2012: “Though the law is unclear, it is useful to note that owners, such as the MPAA, rarely go after individuals who watch streaming movies.”

In most instances, streaming video is not technically illegal in the U.S., regardless of where it comes from. The risk from streaming unlicensed content is more about getting a computer virus or accidentally clicking one of the many pop-up ads that interrupt your stream.

However, it is illegal to download or upload a video that you don’t have the rights to; this counts as copyright infringement under U.S. law.

Prosecution for these crimes is still rare, and tends to focus on the sites that actually upload or host the pirated content. That said, some users have received warning letters from their internet service providers about sharing illegal content.